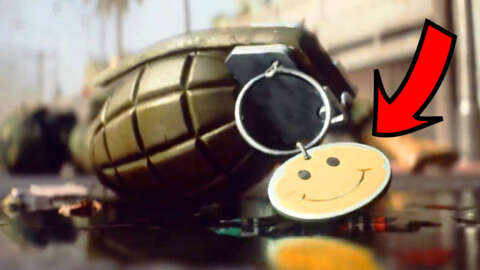 Battlefield 2042 has gotten two detailed trailers for its new Portal mode, which allows players to customize matches on six different remastered maps from 1942, Bad Company 2, and Battlefield 3. Let’s take a deep dive into all the details you might have missed.

EA Play Live had some major announcements, including a Dead Space remake and a massive new mode for Battlefield 2042 that almost doubles the number of maps available at launch from the main All-Out Warfare experience. Battlefield Portal adds six remastered maps across 1942, Bad Company 2, and Battlefield 3. These maps allow players to fully customize a massive list of options, including pitting armies from different eras against one another, choosing what weapons and attachments they fight with, picking win conditions, what vehicles are available, and even using a logic editor to program modes like gun game or protect the VIP.

In this video, we’re going through the Battlefield Portal reveal trailer frame by frame to break down all the details you might have missed. You can see a new specialist and gadget, how the HUD works, how weapons seem to handle, and even how fast the new robot dog named Ranger can get destroyed. Some of these modes look ridiculous, like EOD bots versus tanks and wingsuits versus airplanes. Some other things you can spot in the trailers are greater destruction on the 1942 map El Alamein, the new low tide area on Bad Company 2 map Valparaiso, and the return of the tracer dart. Each of the returning maps runs on the latest Frostbite engine, has remastered visuals, and some maps have added areas to accommodate 128 players.

Battlefield 2042 beta dates will happen in September, following technical alphas to test cross-platform play, cross-save, and cross commerce. We’re still awaiting more information on Hazard Zone, which is an alternative to battle-royale modes. Battlefield 2042 releases on October 15 if you preorder specific editions and October 22 for everyone else.