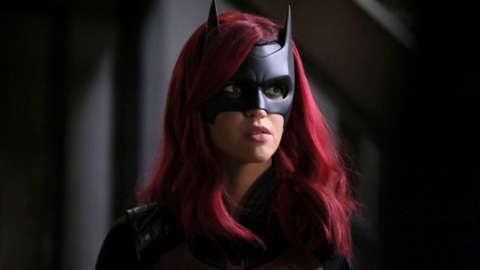 When Batwoman returns for Season 2 next year, it’ll be without Season 1’s titular character. Ruby Rose, who played Kate Kane/Batwoman, departed the show shortly after the Season 1 finale aired. Now, a new character named Ryan Wilder (Javicia Leslie) will take on the cowl. Before she does, though, there will be a bit of a redesign.

During Batwoman’s DC FanDome panel, showrunner Caroline Dries said the costume will be changed early in Season 2, offering a little bit of insight into what fans should expect. “It’s going to be a little bit of an evolution, we’re going to see the suit evolve early on in the season,” she said. “Ryan is like, ‘For me to feel empowered in this thing, it needs to feel like I’m representing something that I’m fighting for.'”

Much like with Kate Kane, Dries said it’s important that “Ryan isn’t hiding what makes her awesome with a suit.” Given the character’s status as the first Black Batwoman on a live-action TV show or movie, she and Leslie want to make sure that’s honored in the suit.

“Caroline [and I] were also talking about how important it is that if we’re going to have a Black Batwoman that she needs to be a sister when she becomes Batwoman,” the actress explained. “It’s important for the silhouette of her to still look like that: more of a natural texture hair and things like that.”

As for exactly what the costume will look like, a first look has yet to be released. At the time the FanDome panel was recorded, Leslie had yet to have her first costume fitting. However, given that production on the new season is underway, there’s no telling when the first look at Batwoman in her new suit will be revealed.

In the meantime, there’s plenty of other FanDome news to catch up on, from the Season 3 renewal of HBO Max’s Doom Patrol to the new details about the next installment of Young Justice–and even some hints about the future of the animated Harley Quinn series.

Note: This story has been edited to note that production on Season 2 has already begun.

Now Playing: Who The Hell Is Batwoman?

Nvidia suggests that it may develop CPUs next