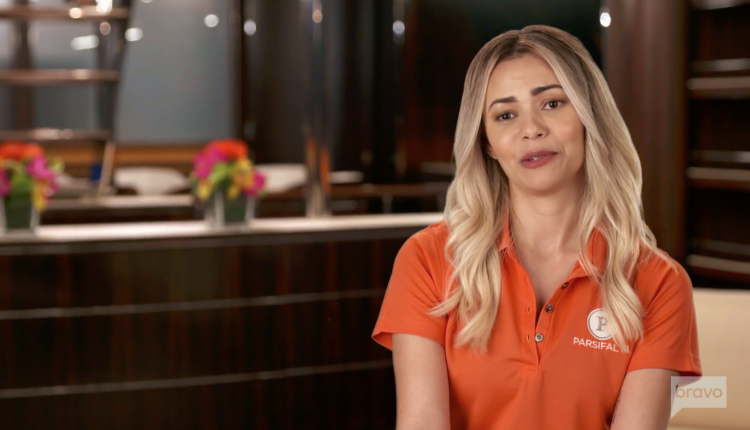 Below Deck star Dani Soares pregnant with first child as she shows off growing baby bump: ‘It’s just you and I’

Below Deck star Dani Soares is pregnant with her first child.

The stewardess, who is part of the Below Deck Sailing Yacht cast for season two, confirmed her baby news on Instagram, sharing a snap of her growing baby bump.

Alongside the upload, the 33-year-old penned: ‘It’s just you and I little baby,’ with a tiny black heart emoji.

Right on cue, some of her fellow stars flocked to shower her in love.

Former Below Deck Med chief stew Hannah Ferrier was among the first to comment – and is already plotting catch-ups with her daughter Ava.

‘Gorgeous!!!! Play dates in Sydney it is,’ she penned.

Fellow Sailing Yacht stew Alli Dore said: ‘Beautiful incredible brave woman. I am so proud of you and you always have support from my famly and I. I promise.’

Chef Natasha de Bourg insisted: ‘It will “Never” be you and the baby alone I will always be your biggest fan and support.. Love you.’

While deckhand Sydney Zaruba commented: ‘You will be the best mum.’

Dani didn’t choose to publicly share the identity of her baby’s dad.

Viewers have seen the Bravo star get close to fellow yachtie Jean-Luc Cerza-Lanaux while on board, with the pair spotted kissing while on shift together.

Speaking on the most recent episode of the boat-based reality series, the mum-to-be opened up about the struggle to find a good boyfriend while working on board boats.

‘As a woman in yachting, it makes it really difficult to find a partner,’ she told the camera.

‘I always get scared I’m going to end up alone, so that’s really hard to deal with.’

Below Deck Sailing Yacht is available to stream on HayU in the UK, with new episodes dropping every Tuesday.

Ramadan 2021: How to calculate Zakat