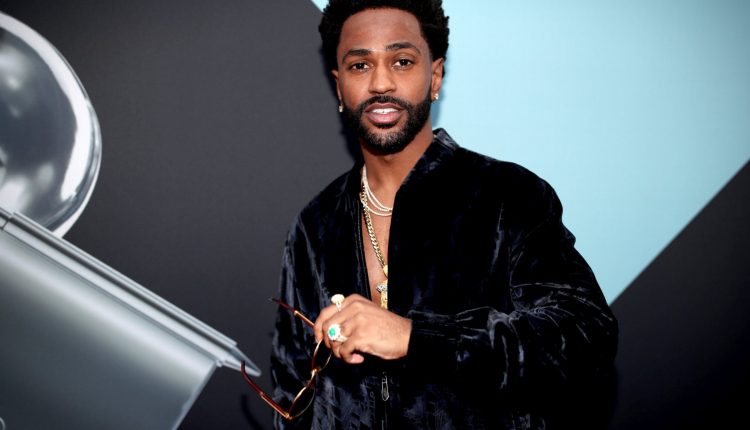 Big Sean has dropped a new single that features posthumous vocals from rapper Nipsey Hussle, who died in March 2019.

Nipsey – real name Ermias Asghedom – died aged 33, after he was shot outside his Marathon clothing store in LA last year.

He is survived by girlfriend Lauren London and their son Kross, three, as well as his daughter Emani from a previous relationship.

Sean’s track Deep Reverence, which features Nipsey, is from his upcoming fifth studio album, Detroit 2, that is set to be released in September.

It boasts a number of collaborations that see Sean join forces with Post Malone, A$AP Rocky and Meek Mill on the record.

As well as featuring Nispey on his new record, Deep Reverence sees Sean addressing his fallout with Kendrick Lamar, as he raps about Nipsey’s death inspiring him to make amends.

He says: ‘After what happened to Nipsey I reached out to Kendrick/There wasn’t even no real issues there to begin with.

‘Lack of communication and wrong information from people fuelled by the ego it’s like mixing flames with diesel.’

Sean had addressed reports of a rift between him and Kendrick, earlier this year, and insisted their ‘beef’ was nothing.

‘One of the people that, especially after Nipsey died was important for me to connect with was Kendrick,’ he said.

‘Me and Kendrick got a history of songs … When this whole Big Sean, Kendrick beef was going on, it was something I wish I would have spoken up about because there was nothing.’

Sean had previously worked with Kendrick on his 2012 mixtape Detroit, which his new album is a follow-up too. It’s his first solo album since he released I Decided in 2017.

A year before Nipsey’s death, the star had just released his debut album Victory Lap which was nominated for best rap album at the Grammys, earlier this year.


MORE : BBC Proms row continues as Land Of Hope And Glory and Rule Britannia! to be stripped of lyrics


MORE : Chrissy Teigen’s mother’s best friend dies in Thailand – then her husband passes away at her funeral

Coronation Street Quiz: Can you remember these new characters and their first big storylines?