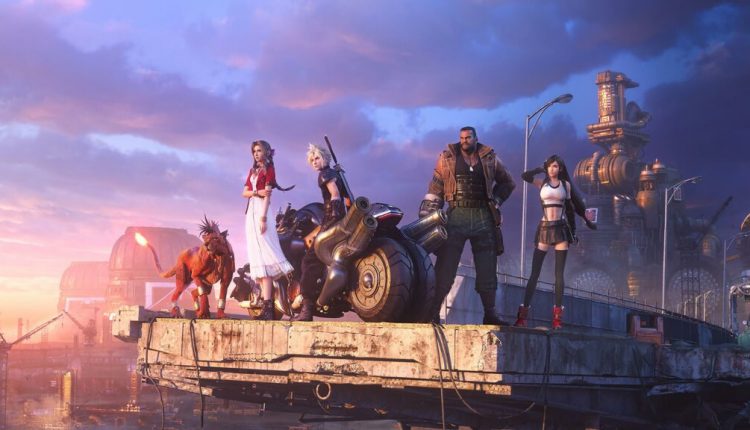 How do you even begin a year-long reflection about 2020? There’s so much that’s happened, it practically feels impossible to try to sum it up.

What I can say, however, is that the year has really gotten me to reflect on how fortunate I am. On top of my friends, family and health, I’m eternally grateful for being able to continue working full-time during the pandemic.

But while all of that did wonders for keeping me safe and stable, I’m also indebted to the talented creators’ whose works brought me much-needed escapism and joy throughout the year. That’s what makes this year’s ‘Favourite Things’ column — an annual tradition at MobileSyrup — feel all the more impactful.

With all of that said, I’ve broken down five of the “things” that helped keep me sane this year. As in previous years, I’ll list four honourable mentions to effectively round out my top five for each category.

Without further ado, here they are! 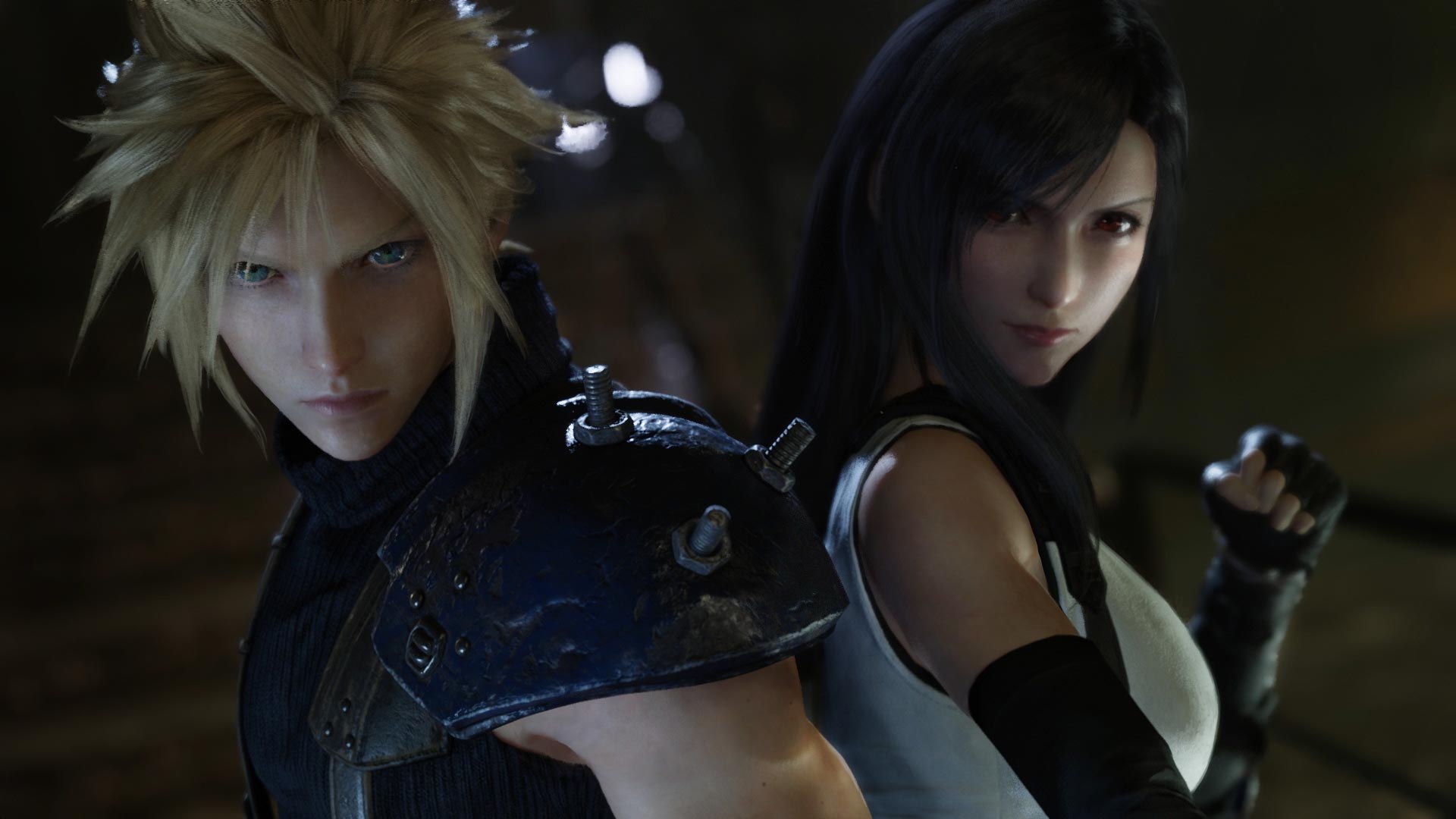 When I first watched Final Fantasy VII Remake‘s opening movie in all its splendor, I started balling. I’d waited through years of development woes for my favourite game of all time to be remade, and now, it was finally here.

It was an emotional high that, against all odds, is maintained throughout the 35-plus-hour runtime. What Square Enix accomplished in reimagining the 1997 PlayStation classic truly can’t be understated. Not content with simply recreating the game with gorgeous visuals and stylish presentation, the development team — guided by the original game’s creators, now older and more mature — took a thoughtful and iterative approach to virtually every aspect of FFVII.

Remake‘s story is an outstanding expansion on the original game’s first few hours, greatly improving upon the spotty translation and mishandling of race and sexuality with a surprisingly well-written script and uniformly excellent voice acting that makes Cloud and his ecoterrorist friends (even those with only a few lines originally) more three-dimensional than ever. At the same time, Remake doesn’t lose sight of VII‘s excellent balance of humour and heart, simultaneously fleshing out our heroes’ motivations and flaws with poignancy while retaining the delightful campiness of the original — most notably in the glorious cross-dressing scene.

Combat, for its part, is a fantastic blend of FF‘s signature Active Time Battle system and the real-time, fast-paced action of modern RPGs. With the dynamic and rich new battle system, once-simple enemy encounters are turned into jaw-dropping, elaborate and thrilling boss fights and setpieces. All the while, Nobuo Uematsu’s masterful original score is given new life through sensational remixes that deftly mix different tracks while cleverly using of leitmotif to sound better than ever.

All of that and more means there’s so much to love about Remake — for longtime fans and newcomers alike. To be sure, some padding and a convoluted (and divisive) ending that deviates from the source material hold the game back somewhat, but it’s easily still my favourite of 2020. In a crappy year like this, the visceral emotional response it gave me was ever-so-needed. Moreover, with Square having proven that the foundation is extremely sound, I’m also now fully on board for the controversial episodic direction they’re taking the Remake saga in. That we’re getting multiple new Final Fantasy VII adventures means I get to relive childhood joys every few years while still not quite knowing what to expect, and I couldn’t be more excited.

And if Remake weren’t enough, 2020 has also given us the jaw-dropping addition of Sephiroth to Smash Bros. Ultimate and the hilarious image of the iconic villain “impaling” Mario, Final Fantasy VII Advent Children style. 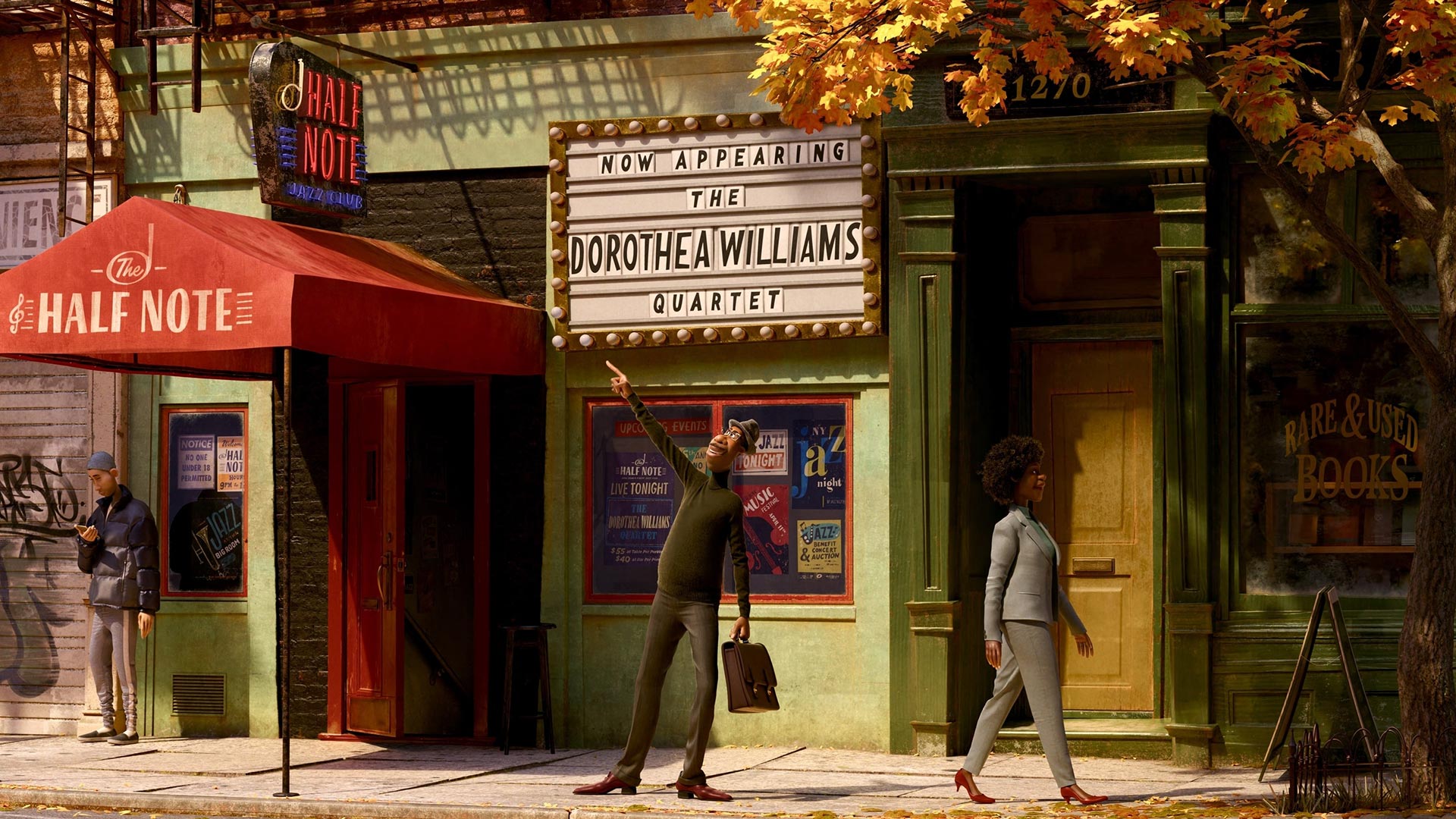 In 2019, I made a point of watching as many new movies as I could. This year, though, that wasn’t exactly easy thanks to many films being shifted around and theatres being closed for months on end. (Boy, do I miss cinemas).

That said, there was one film that resonated with me so much and immediately became my favourite of 2020: Pixar’s Soul. Right off the bat, the film is noteworthy for being the beloved animation studio’s first Black-led and Black-helmed film (One Night in Miami‘s Kemp Powers co-wrote and directed the film alongside Monsters, Inc.‘s Pete Docter).

But beyond that, Soul is a resounding success for being arguably Pixar’s most existential and humanistic work — no small feat, given the studio’s thorough exploration of the subject matter in such phenomenal films as the Toy Story quadrilogy, Coco and Docter’s own Inside Out. In Soul, a middle-school jazz teacher named Joe (Jamie Foxx) finally lands his dream music gig, only to fall down a manhole and have his spirit separated from his body in the afterlife.

Over the course of the film, Docter and Powers smartly pit the ever-enthusiastic Joe alongside 22 (Tina Fey), a cynical soul that sees no value in life on Earth, to rediscover what it means to truly be alive. On one level, it’s heartwarming to see 22 slowly experience the wonders of the world, but even more profoundly, her experiences help show Joe — a man who’s blindly pursued one goal his entire life — the importance of just living. With the pandemic taking a heavy toll on peoples’ mental states (especially those who are unemployed), Soul is an especially crucial reminder that you’re not defined by your work — there’s so much beauty and joy to be found in the smaller moments with those around you. 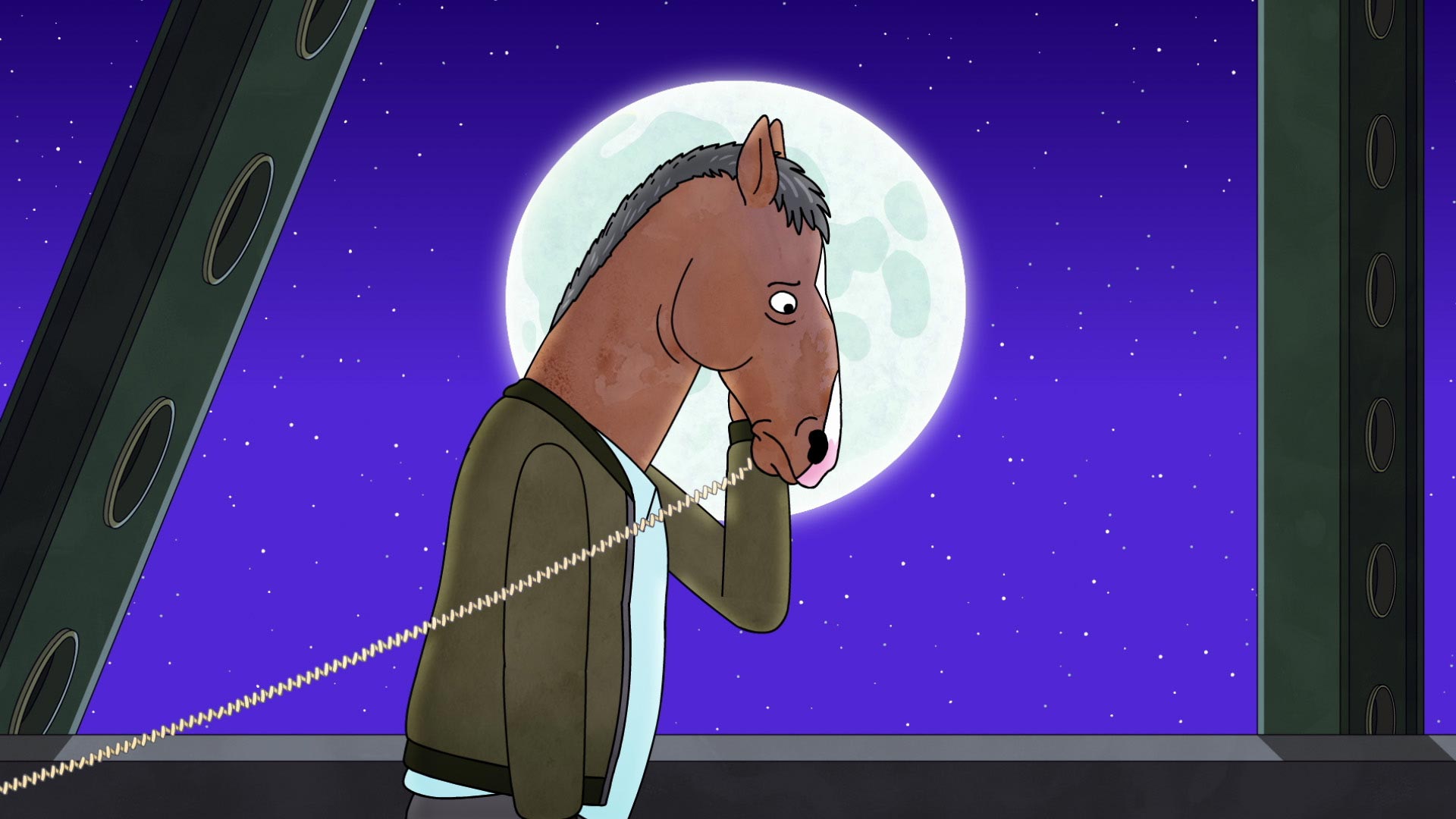 For last year’s ‘Favourite Things,’ I included the first half of the sixth and final season of Netflix’s BoJack Horseman. Normally, I’d want to avoid repeats in these lists, but with the series’ final episodes being that good, I just couldn’t resist writing about those.

That’s because this year’s batch of new episodes were BoJack‘s most important yet — after all, we all wanted to see how the show would conclude the titular character’s tumultuous five-plus-year journey. Thankfully, creator Raphael Bob-Waksberg and his brilliant collaborators don’t disappoint.

A show so focused on mental health could have gone wrong in so many ways, but the writers ensure that the show is always nuanced; BoJack is held properly accountable for his actions while still remaining utterly human and, somehow, even sympathetic. All the while, BoJack‘s final episodes still impressively find time to do right by its stellar supporting cast and their compelling arcs, be they Diane’s battles with depression and self-identity, Todd dealing with his strained relationship with his parents, Princess Carolyn’s work-life balance struggles or Mr. Peanut Butter’s codependency.

This all culminates in the outstanding and emotional series finale, ‘Nice While It Lasted’ — hands-down my favourite final episode of any show ever. The finale perfectly balances BoJack’s sharp humour with satisfying, touching character sendoffs and the most poignant final ten minutes of a TV show — hell, probably any piece of media — that I’ve ever seen.

So long, BoJack — it was nice while it lasted, indeed.

Honourable mentions: Better Call Saul, The Boys, DC’s Legends of Tomorrow, Never Have I Ever

Because of numerous grocery runs and long walks just to get out of my house, I’ve listened to more podcasts this year than I probably ever have. However, the one that kept me most engaged throughout was easily Play, Watch, Listen.

As an avid gamer, I always love to hear the perspectives of those who make them, which is what makes Play, Watch, Listen so interesting. Every week, the podcast offers in-depth discussions on a variety of games-related subjects from four industry veterans: journalist Alanah Pearce (formerly of IGN and Rooster Teeth, now a writer at God of War studio Sony Santa Monica), indie developer Mike Bithell (Volume, Thomas Was Alone), actor Troy Baker (The Last of Us, BioShock Infinite) and composer Austin Wintory (Journey, Assassin’s Creed Syndicate).

It’s a brilliant setup, wherein you have a quartet of talented, likable and extremely knowledgeable figures bringing their expertise from different corners of the industry. While the joy of playing games can often be inundated by the insufferable “discourse” surrounding big titles like The Last of Us Part II and Cyberpunk 2077, the Play, Watch, Listen crew always offers refreshingly nuanced and thoughtful perspectives on all kinds of subjects, such as crunch, The Game Awards, player feedback and the inner workings of Xbox Game Pass.

Whether you play games often or casually, Play, Watch, Listen is well-worth a listen every week.

Honourable mentions: Inside of You with Michael Rosenbaum, We Have Cool Friends, The Official The Last of Us Podcast, You Can’t Make This Up

Favourite thing I did: Visit Japan 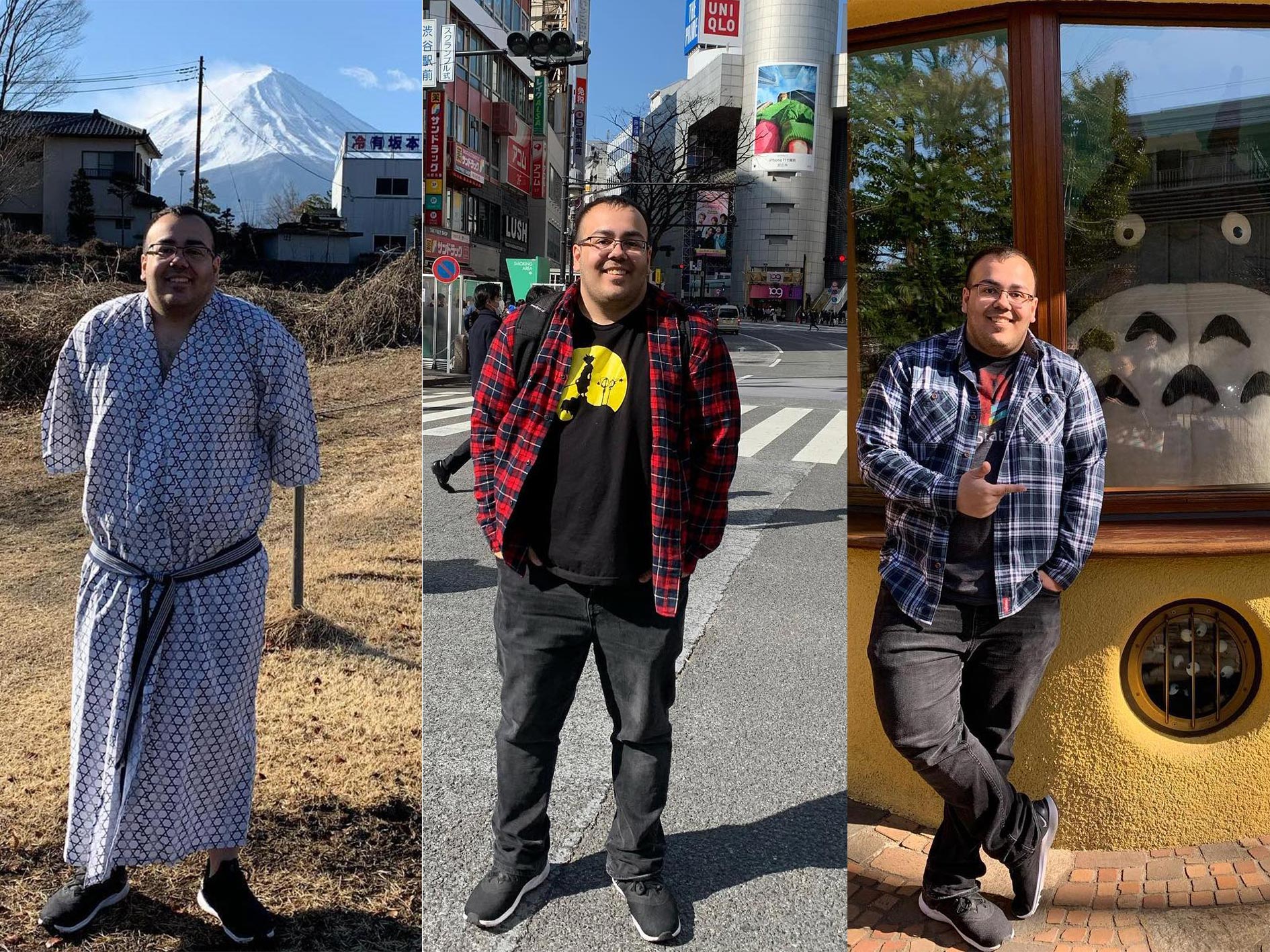 I like to joke with my friends Andrew and Richard that our lives are now sort of divided into two time periods: “before Japan” and “after Japan.” That’s because we were extremely fortunate to have gone on vacation to the East Asian country in February a few weeks before the world began to shut down due to the pandemic.

I’m so glad we did get to go, though, because it’s easily my favourite trip to date. Right from the start, I was taken aback by Japan’s profound beauty. Like many people, I’ve been exposed to countless movies, shows and games that are set in Japan, but they really don’t do the country justice. From the bustling, urban streets of Tokyo, the small-town locales of Kyoto and the quiet rural areas of Kawaguchi, I’ve never been to a country so stunning and geographically diverse.

And that’s just accounting for the sights we took in; I could go on about the wonderfully friendly people, delicious (and surprisingly low-cost) cuisine, the many must-see attractions (special shoutouts to Mount Fuji, the Ghibli Museum and Final Fantasy VII-themed Tokyo Skytree), wide range of accommodations (I recommend trying the delightfully unique capsule hotels) and ever-handy shinkansen “bullet train.”

Even after nearly 10 days, we experienced just a tiny fraction of what the country has to offer, and I’m beyond eager to return once it’s safe to do so.

Honourable mentions: Since I didn’t really get to do anything else “special” outside of my home (and honestly, Japan on its own is amazing, anyway), I’ll just list four pieces I wrote for MobileSyrup this year that I’m most proud of: PlayStation 5 review, Xbox Series S review, Marvel’s Spider-Man: Miles Morales review, Google Stadia director of games interview

Research: Women Are Better Leaders During a Crisis