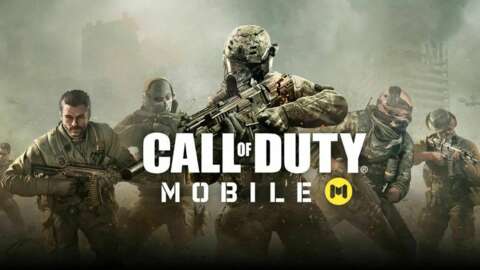 Call of Duty: Mobile has continued to perform very well, despite not always getting the same headline and press attention of its bigger siblings. Activision has announced that the game has passed 500 million downloads across mobile platforms since its launch in October 2019. That means roughly one download for every 15 people on Earth.

This is an enormous number of players in comparison with the console entries, which generally top out around 30 million in sales. Unlocking that many more players is likely a huge reason why Activision pursued a mobile Call of Duty at all, as it has undoubtedly brought in millions of new people to the series.

It’s also been very lucrative for the company. As Activision revealed in its earnings call, the free-to-play game has brought in over $1 billion since its launch from in-game transactions. Its rate of growth may actually be accelerating, too. It took a year for the game to cross 250 million downloads and reach $500 million in revenue; it took just six months to double those numbers again to their current values.

2021 is shaping up to be a banner year for the game, in spite of COVID-19 posing unforeseen challenges for Call of Duty: Mobile development. China-based developer TiMi Games has been extraordinarily successful beyond Call of Duty Mobile, too, raking in $10 billion in 2020 across its games.

In addition, we are–not surprisingly–getting another full release this year. Although next to nothing is know about it, Activision confirmed a new Call of Duty is coming to consoles and PC later this year. It’s in development at Sledgehammer Games and will have integration with Warzone.