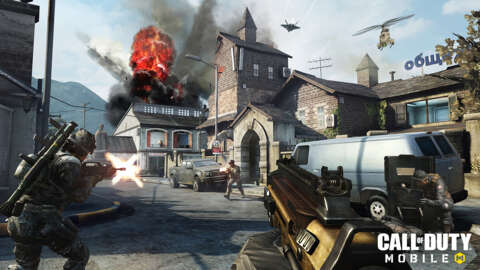 Call of Duty: Mobile’s Season 3 is winding down, but Activision released a public beta test for Season 4 content, which is detailed in today’s April 30 Community Update. This beta includes access to a new map, weapon balancing changes, and a new clan wars feature.

The public test build is available for both iOS and Android users, and the 2 GB file size can be downloaded directly from Call of Duty: Mobile’s official subreddit.

Once downloaded, players will have access to Season 4’s Dome, which originally launched as a Modern Warfare 3 map. This is a small, fan-favorite map that can bring hectic fun with pretty much any game mode.

A main highlight of this beta is Call of Duty: Mobile’s clan wars feature, which isn’t detailed with the update. It probably works similarly to what we’ve seen in past Call of Duty games, with players joining social groups that could then battle other groups for points and territory on a larger scale.

There’s also a fair amount of weapon balancing being introduced with Season 4, with buffs across almost all weapon classes.

Here’s the complete overview of the weapon balancing as listed on today’s update:

The update also suggests not all the new content may be showing within the test build, but new events, the Hawk X3 scorestreak, and new K9 unit operator skill should arrive with the launch of Season 4 in May.