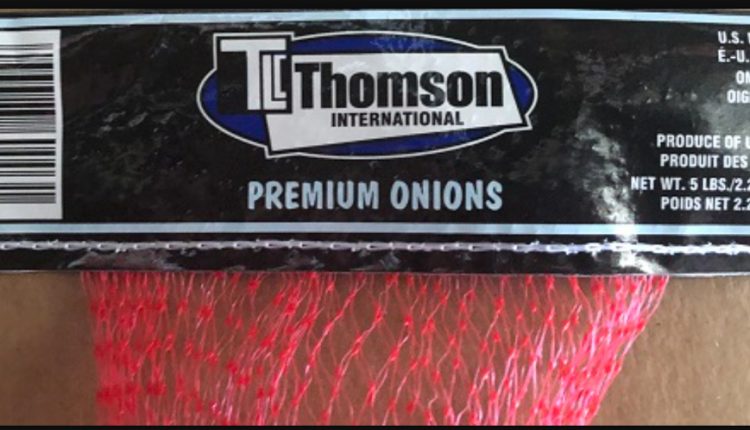 Canadian recall of onions expands because of link to outbreak

Because of a link to a multi-country Salmonella outbreak, Thomson International is recalling all of its onions in Canada. A similar recall is underway in the U.S. Some of the onions are not labeled.

“These products may also have been purchased online or through various restaurant locations. They may also have been sold in bulk or in smaller packages with or without a label and may not bear the same brand or product names as described below. The CFIA will continue its investigation into other possible importers and additional recalls may follow,” according to the recall notice posted by the Canadian Food Inspection Agency.

The Canadian recall follows an earlier recall of Sysco red onions because of links to the outbreak victims in Canada. A total of 510 people have sickened in the Salmonella Newport outbreak: 114 in Canada and 396 in the United States have been confirmed.

Currently, all fresh, raw onions of any color, as well as sweet onions, from Thomson are under recall in both countries because of cross-contamination dangers at the Thomson facilities.

According to the outbreak notice on the CFIA’s website, the Thomson onions were distributed under a variety of brands in Alberta, British Columbia, Manitoba, Northwest Territories, Ontario, Saskatchewan, Yukon, and possibly nationwide.

The CFIA is working with the Public Health Agency of Canada and the U.S. Food and Drug Administration (FDA) and the U.S. Centers for Disease Control and Prevention (CDC) to determine the exact source of the pathogen. Many of the sick people reported eating onions before symptom onset.

Officials at the FDA reported the Thomson onions in the U.S. were shipped beginning May 1 and through the present.

Onions subject to the second recall in Canada follow:

Thomson recalls all onions from the entire U.S. because of link to Salmonella Newport outbreak

DOJ does not want poultry executive going on safari before…

Wisdom Teeth Removal: What to Expect Before, During, and…