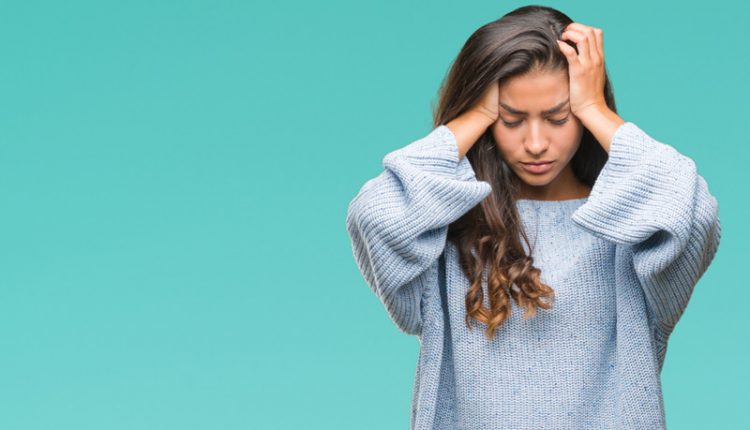 CBD Oil Migraines: Does It Help When You Have Headaches?

Migraines affect more than 30 million in the United States alone. The pain you feel when you have a migraine is worse compared to a common headache.

While practitioners recommend avoiding triggers and maintaining a healthy lifestyle to prevent the occurrence, medications are still the best option for many.

With its increasing popularity and known pain relief benefits, CBD oil is now widely used as a medication for migraines. If you’re new to the term, you might wonder, does CBD really help?

CBD is a short term for cannabinoids, which are compounds that can be found in cannabis. Marijuana is another term for cannabis, which also contains a compound called tetrahydrocannabinol (THC).

THC is the psychoactive element in marijuana, but it’s entirely different from CBD. Unlike THC, CBD is non-psychoactive, so it doesn’t have a substantial effect on a person’s brain activity when used.

CBD works with the endocannabinoid system by encouraging it to provide more receptors to help reduce anxiety, pain, and inflammation.

How Can CBD Oil Treat Migraines?

Due to its increasing popularity, CBD is now available in a wide variety of products. CBD is present in skin products to aid in skin issues, like inflammation and acne. CBD can also be found in edible snacks, like gummies and chocolates. The most popular product, however, is the CBD oil.

As mentioned, CBD interacts with the endocannabinoid system through the body’s natural cannabinoid receptors. These receptors influence the body’s immune system. It was found that CBD can prevent the collection from metabolizing the compound called anandamide. This compound is associated with pain regulation. Thus, CBD can help maintain the levels of anandamide in the body so that you’ll feel less pain.

CBD oil also soothes migraines by addressing the pain receptors in the body. Take note, however, that CBD oil is a valid option for pain relief, but it doesn’t address the root cause of the pain.

Despite the lack of evidence and concrete study on the matter, several users are still convinced of its efficiency in treating chronic pain. Many of the users also reported feeling more relaxed when they use CBD oil to address their migraines.

How Much CBD Oil Should You Take?

CBD is considered as a bioactive molecule, and it’s broken down by the liver. Using CBD in higher doses can be hard on the liver.

Many practitioners would always recommend regulating the use of CBD oils, especially when dealing with chronic pain caused by migraines. Taking in too much CBD oil can cause the liver to be overworked and damage it during prolonged use.

Experts and practitioners recommend only several oil drops to treat migraines. The number of oil drops you should use will depend on the concentration of the oil you’re using. Treatment based on the number of drops is not recommended as you should first check the level of the product that you’re using. Frequent users would recommend dosing based on milligrams in terms of treating chronic pain due to migraines. Practitioners also advise altering the doses based on your response to the treatment.

Since CBD is not an established drug yet, there’s no standard treatment plan for chronic pain due to migraines. Response to the oil can vary from different people.

Thus, if you’re using CBD oil for the first time, it’s best to use the lowest recommended dose first and see how your body will react. Although there has never been a reported case of CBD overdose, using excessively can still have detrimental effects on your health, particularly in the liver. You can also experience some adverse side effects if you take it in larger doses.

CBD oil has been popular because of its known benefits. CBD proved to have anti-inflammatory and analgesic properties that can help treat pain caused by migraines. Migraines can be chronic, and many users attest that using CBD oil gave them pain relief.

However, it’s essential to remember that CBD oil and other CBD products are known to address the pain issue and not the root cause of the problem. Although it can help you with the pain, it’s still best to follow doctor’s orders about preventing migraines.

Saving Your Business Time and Money With Cloud-Based Authoring Tool

Some experts see coronavirus outbreak as a wake-up call

Idina Menzel, AURORA – Into the Unknown (Live from the 92nd Academy Awards)

Tips On How To Easily Assemble IKEA Furniture Without…

How to choose fittings for your glass balustrade?