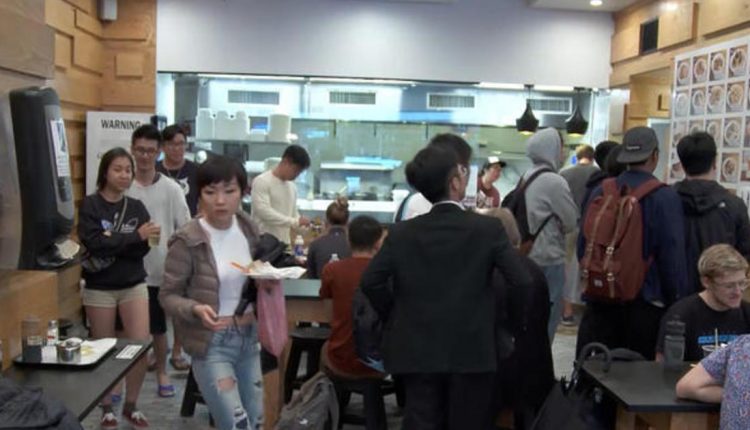 Xi’an Famous Foods CEO Jason Wang’s American Dream has hit a difficult reality with the COVID-19 pandemic. Like thousands of other restaurants, his popular New York City chain serving dishes inspired by his family’s roots in western China has been forced to shutter locations and reduce hours to survive the pandemic’s economic impact.

And after two of his employees were attacked in the last year amid a record spike in hate crimes against Asian Americans, Wang has taken the step of closing his restaurants earlier for fear of workers’ safety.

“Before the pandemic we used to close at maybe 9:30 or 10:30. But now all of our locations close at 8:30,” Wang said on CBSN Thursday. “Our employee safety is always number one on our list, because we have to make our employees feel safe before we’re able to do business.”

More than 3,000 hate incidents directed at Asian Americans across the United States have been recorded since the start of the pandemic, according to advocacy group Stop AAPI Hate. Attacks started in the pandemic’s early days as former President Trump used the term “China virus” to refer to COVID-19, and some blame the rise of anti-Asian American discrimination on the former president’s rhetoric.

Wang said the rise in attacks has left members of the Asian American community feeling scared.

“They’re afraid, they’re concerned for their safety in a city that is known to be safe, usually,” he said, referring to New York.

Himself an immigrant, Wang said the United States is home but that he has experienced bullying in the form of “verbal and physical attacks.” He said those attacks had become “a way of life” living in other parts of the country where he was the only Asian person.

“It’s very disheartening to be reminded that you’re the perpetual foreigner,” he said. “When one moves into the city — New York City where it’s a diverse, cosmopolitan city — you could expect that these kinds of things don’t happen anymore. It should be a place where we should feel safe, and that is what I used to as well.”

Now, he added, “it would seem like there is nowhere that is safe.”

Wang’s decision to close the chain’s restaurants earlier than before comes after Xi’an Famous Foods restaurants already reduced hours due to the COVID-19 pandemic, with all stores closing on Sundays to reduce employees’ risk of contact with the virus.

“We wanted to at least decrease the exposure of risk to those types of violence for our employees, especially those who are Asian. It’s obviously detrimental to the business, but it is important to do,” he said.

He told The New York Times it was “because we want to get our employees home safely.”

“Two of my employees got punched in the face. One person’s glasses got broken. People punched them — unprovoked. One employee was on the way to work during broad daylight. The other was about to get home from work during the early evening,” he told the outlet, adding that it “never happened before the pandemic” in the decade he spent running his business.

One of those employees is still “very much traumatized” about taking a subway train, where he was attacked, Wang told CBSN’s Anne-Marie Green.

“He’s always looking around and he is not entering trains with no people in it or very the people in it out of concern for his own safety,” Wang said. “It paints a picture of how thing are, really, for a lot of folks.”