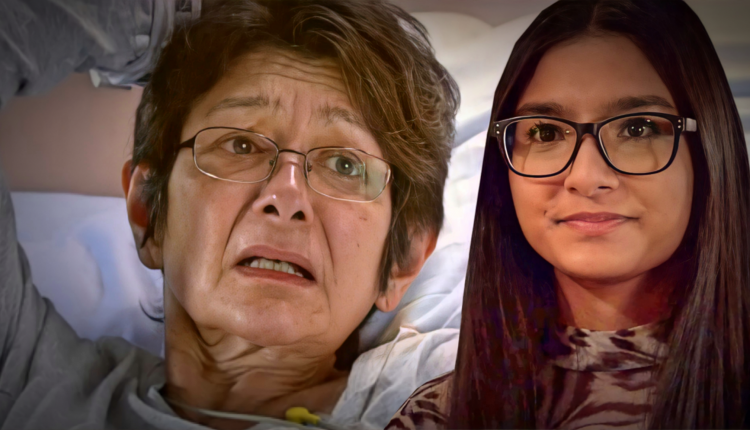 Yasmeen was put through hell at the hands of abuser Geoff Metcalfe (Ian Bartholomew), who belittled her and controlled everything that she did.

Therefore, she takes action in tonight’s double-bill, when she sees Corey displaying behaviour similar to that of Geoff.

Viewers will know that Corey has been anything but nice towards Asha, and it was ultimately his fault that the intimate video of hers was leaked online last year, after he recorded her without her permission.

In the aftermath of this event, the young lad was horrible towards Asha, and he’s made it clear that all he’s interested in is having sex with her.

Asha’s birthday arrives in tonight’s episodes, and she calls into the cafe wearing the choker which Nina Lucas (Mollie Gallagher) gave to her.

However, Corey spots the item round her neck, and proceeds to mock her — suggesting that it would be better suited on a dog.

Asha feels embarrassed, and ultimately takes the choker off.

Yasmeen witnesses the horrifying scene unfold, and — no doubt reminded of what Goeff put her through — she stands up for Asha, and tells the young woman that she shouldn’t be spoken to like that.

Will Asha listen to Yasmeen?