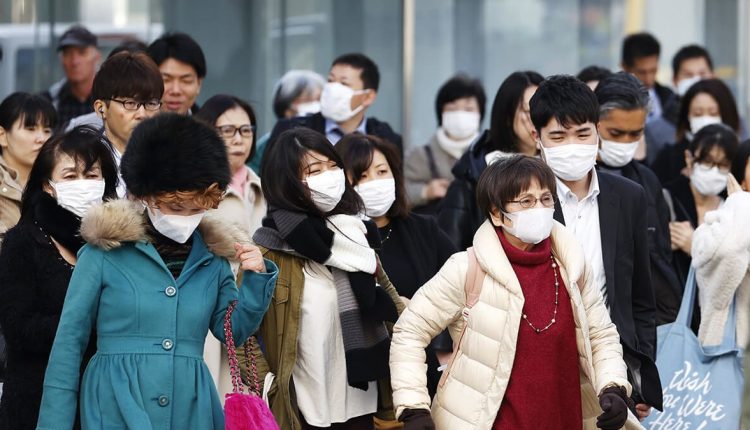 Luxury brands will lose up to €10 billion in profits to the coronavirus outbreak in 2020, with little chance to return to normal trading conditions before the beginning of 2021, according to a survey conducted by Italian luxury brand committee Altagamma in collaboration with consulting firm BCG and asset management firm Bernstein. Luxury CEOs and CFOs are also bracing for a decrease in sales between €30 and €40 million, bringing the value of the personal luxury market to between €309 and €319 billion, its lowest point since 2015.

Altagamma general manager Stefania Lazzaroni says the maximum impact on sales and EBITDA globally, and in China in particular, will be registered in the next six months, per the survey.

The outbreak of COVID-19, which started in early January and has officially spread to 25 countries outside of China, has rocked international stocks in the past two months. The epidemic has made apparent global luxury brands’ reliance on Chinese consumption and, for mass and mid-market fashion brands, on the country’s manufacturing and supply. Brands from Apple to Burberry have been forced to revise their guidance, while in its latest results, Versace owner Capri Holdings said it is anticipating a $100 million reduction in revenue during the next quarter.

Less than a month ago, analysts were still predominantly optimistic, expecting a return to consumption in the second half of the year to balance the subdued spending in the first half. Predictions from executives and industry leaders exposed first-hand to the emergency are less confident. “For this year [it’s] a disaster, you’re not going to get the sales back,” Pauline Brown, former LVMH chairman of North America, told Yahoo Finance in an interview.

“Markets are said to have a tendency to balance themselves, but [for brands] a geographic diversification is quite complex,” says Stefania Saviolo, lecturer at Milan’s Bocconi University, noting how other regions, including the US, Russia and Japan (paywall), are all struggling in their own right.

Calculating the impact on luxury brands

Today, Chinese consumers account for a third of global luxury consumption, according to UBS. Italian leather goods maker Bottega Veneta made 53 per cent of its annual revenue in Asia Pacific in fiscal year 2019, while brands like Hermès, Gucci and Burberry made almost half of their annual sales in the region. China is usually Asia’s growth driver and the predominant market in the region. According to Thomas J Edwards, Jr., executive vice president, CFO and COO of Capri Holdings, China makes up for more than half of the company’s business in Asia.

Chinese consumers are increasingly repatriating their spending — Bain expects them to make half of their purchases at home by 2025 — but they are still making most of their purchases abroad. According to tax refund company Global Blue, 39 per cent of its “Elite” shoppers category, or the 0.5 per cent that accounts for 17 per cent of global tax-free spend, comes from Greater China. Airports were the second-fastest growing luxury retail channel after e-commerce in 2018, according to Bain, accounting for 6 per cent of global luxury goods purchased in 2018. With major airlines extending their bans on travel to China and Hong Kong into April, brands can expect a hit in sales in other regions as well.

“The important number is the percentage of tourist sales compared to domestic sales [in each region],” says Saviolo.

According to the Altagamma survey, the majority of brands are putting a halt on the opening of directly operated stores and relocations to prioritise online sales. A significant percentage will also relocate China and Asia stock to other regions, allocate marketing budgets to other countries and reduce personnel in stores, as many of them are closed or operating reduced hours.

In a call with analysts at the beginning of February, Moncler chief marketing and operating officer Roberto Eggs said that the company would postpone investments on the Chinese market, including three relocations and two new openings. Kering’s chairman and CEO François-Henri Pinault said that the group was already reallocating inventory to other regions and reviewing product launches.

According to Saviolo, the coronavirus outbreak is accelerating issues that were already evident with the country’s economy, which in 2019 grew at its slowest pace since 1992, forcing brands that have been increasingly targeting their collections to Chinese consumers to rethink their offering, services and opportunities in other regions.

Influencers are putting up paywalls that is Affecting Brands Businesses