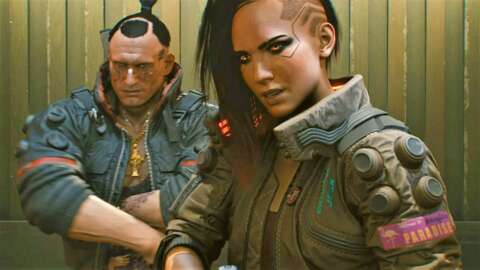 A huge new Cyberpunk 2077 patch is now available, and developer CD Projekt Red has shared the full patch notes. Update 1.2 is available now on all platforms, including Stadia, which got the patch shortly after the other systems. The patch notes are incredibly long, with more than 500 fixes and adjustments included. You can also expect a sizable download: The update comes in at 33.6 GB on PC, 44 GB on PS4/PS5, and 40 GB on Xbox One/Series X|S. Here’s a look at what to expect once you have it installed.

The full patch notes are extensive, detailing changes to gameplay systems, AI behaviors, performance issues, and platform-specific fixes. It incorporates the fixes developer CD Projekt Red alluded to earlier in the month, with a focus on police response times in Pacific City (so that they don’t arrive instantaneously) and the ability to tweak the driving model better to your input device.

But that is just the beginning. The patch will also address annoyances with the game’s Delemain questline that prompted far too many robotic phone calls, as well as some voice lines that were thrown out at incorrect times (Jackie screaming “Nice shot!” during a stealth kill, for example.)

Performance improvements are also on the table, with the patch notes mentioning that lower-power consoles and PCs will likely see the biggest improvement with this patch. Whether or not that means the game will be put up for sale again on PSN across both PS4 and PS5 has yet to be determined.

If you would like to read the entire changelog, you can find the full patch notes for Cyberpunk 2077 version 1.2 below. We’ve since added a small number of Stadia-specific fixes that were shared alongside the update going live on the streaming service.

This section discusses changes that enter all the platforms but many of them make a bigger difference on last generation consoles and lower performance machines.

GameStop Hires A “Growth” Officer To Help Transform The Company