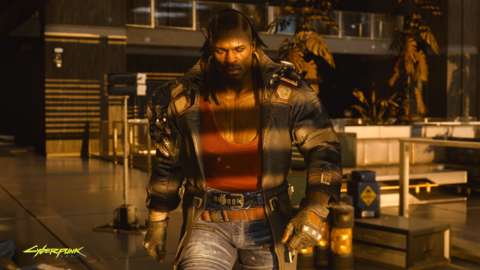 Cyberpunk 2077 released on December 10, and despite the game receiving generally good reviews, it has also found itself as the subject of controversy regarding its numerous bugs and poor state on last-gen systems. These criticisms haven’t escaped the management at CD Projekt Red, as the company has reportedly changed how it awards bonuses to no longer factor in the game’s average review score.

According to Bloomberg’s Jason Schreier, Cyberpunk 2077 creative director Adam Badowski emailed the development team to explain how bonuses were changing. He admitted that given the “circumstances”–possibly referring to the work-from-home woes the team has gone through–it wasn’t fair to tie these bonuses to a review score.

“We underestimated the lengths and complexity involved to make this a reality, and still you did everything you could to deliver an ambitious, special game,” he added.

However, it appears the bonus system could still be controversial, as it apparently makes use of a system that awards tokens to employees that can later be exchanged if the game hits its goals. But some developers felt this system was encouraging them to work longer hours in a company that had already found itself in hot water over “crunch,” despite pledging not to do so earlier. It’s a common but damaging practice in the AAA game industry that can see developers working more than twice their normal hours in order to get a game shipped by a deadline. It’s often seen as the result of mismanagement.

Cyberpunk 2077 had already been delayed three times before its eventual launch this month. Xbox Series X|S and PS5 versions are planned, likely for 2021, and the game can struggle to perform adequately on older consoles at the moment. In GameSpot’s Cyberpunk 2077 review, which was based on the PC version, we found the technical issues “so pervasive that it’s impossible to ignore.”

What Is DLSS And Should You Use It?

The Mandalorian Season 2 Episode 5: Easter Eggs & Things You Missed from…

Croods: A New Age Had A Pretty Good Opening Weekend By 2020…