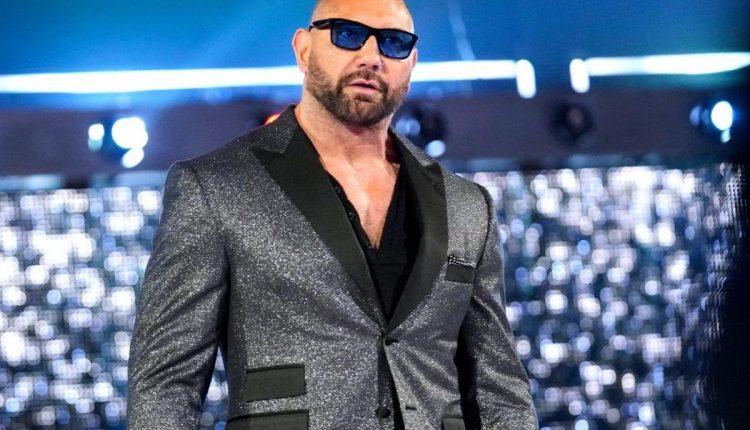 Dave Bautista has urged Joe Biden and Kalama Harris to ‘give ’em hell’ hours before the US President-elect’s inauguration.

Later today, Biden will be sworn in as the 46th president of the United States alongside Vice President-elect Harris, and the former WWE superstar – a staunch critic of Donald Trump – has voiced his support on social media.

He tweeted: ‘Give Em Hell @JoeBiden and @KamalaHarris !!! We’re counting on you! #AmericaFirst (sic)’

The call to arms came hours after he responded to a joke about Trump being sent to the Phantom Zone – which, DC Comics fans know, is a parallel dimension prison where the worst supervillains are held captive.

Bautista himself, 51, has some experience, having played Aldar – an extra-terrestrial alien who escaped from the space jail – in Smallville.

Responding to the Phantom Zone suggestion, he said: ‘I’m speaking for my former Smallville character Alder when I say “we don’t want that motherf***er either!”

It comes after the retired wrestler and Hollywood actor – know simply to WWE fans as Batista – has responded after an apparent Donald Trump supporter defaced a manatee’s back.

The defaced creature was discovered in Florida’s Homosassa River on Sunday, January 10, and although there weren’t any serious injuries, officials have launched an investigation.

It’s thought that the message was etched into the algae on its back rather than its skin.

However, the authorities have still offered a $5,000 reward for anyone with information leading them to the culprit, and now Dave – known to WWE fans at Batista – has offered four times that amount.

He tweeted this week: ‘If there’s not already a reward for the arrest and conviction of the low life scummy MAGATs that did this I’ll throw in $20,000. And I promise there will be bonuses to that reward!’


MORE : Dave Bautista offers $20,000 to catch whoever carved ‘Trump’ onto manatee’s back