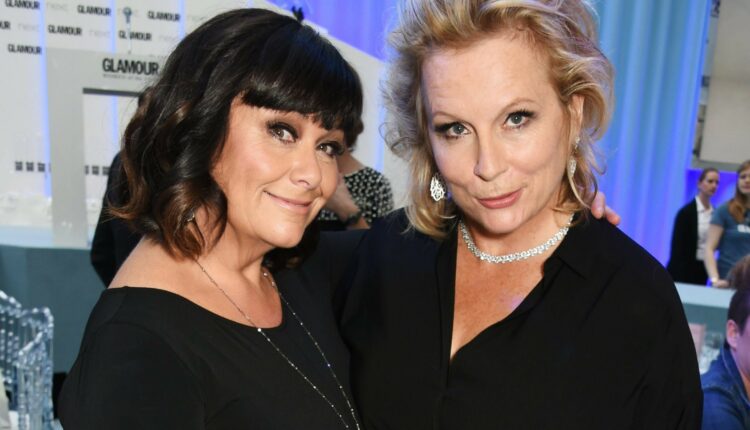 Dawn French and Jennifer Saunders are considering making a TV comeback with a brand new sitcom.

The duo first rose to prominence in the 1980s before doing their own massively popular sketch show French & Saunders, which ran for 20 years on the BBC.

More recently, they have worked together on their podcast titled Titting About, in which they discuss different topics with hilarious anecdotes and of course a lot of banter.

In one episode of the second season, which was just released today, the two jokingly pitch a new sitcom called Loose Trousers.

The premise? Comfort is the top priority.

But while kidding around with this idea, the two actually started thinking about creating a new show for real.

‘Funnily enough, making jokes about a kind of sitcom that would have us in loose trousers and filming close to home and having plenty of snacks on demand started us thinking: “Well actually, that wouldn’t be such a bad thing,”’ French explained in an interview with RadioTimes.com.

‘And then we did have a conversation. We had lunch the other week and we were talking about what might be possible. But I think nowadays the thing that would be a priority for us is for it to be good fun. There isn’t really another reason for us to do something unless it’s fun.

‘There will be a moment where somebody comes along, whether it’s a director, a producer or our agent, who goes, “Can you stop just chatting now and can we actually film it?” And that’s when it will turn in.’

‘I think we want to talk about it, make it in our front room and then no one ever see it,’ Saunders said of a possible project. ‘That’s what we want.’

While nothing is confirmed for a new French and Saunders show, we would certainly like to see it happen – and soon.

Meanwhile, the next time we’ll see the two together will be in the upcoming Death on the Nile directed by Kenneth Branagh.

Without any further delays, we can expect to see French and Saunders as murder suspects in this whodunit starting February 11, 2022.


MORE : ‘Hello woman in her 60s!’ Dawn French shows off daring hair transformation as she embraces her grey