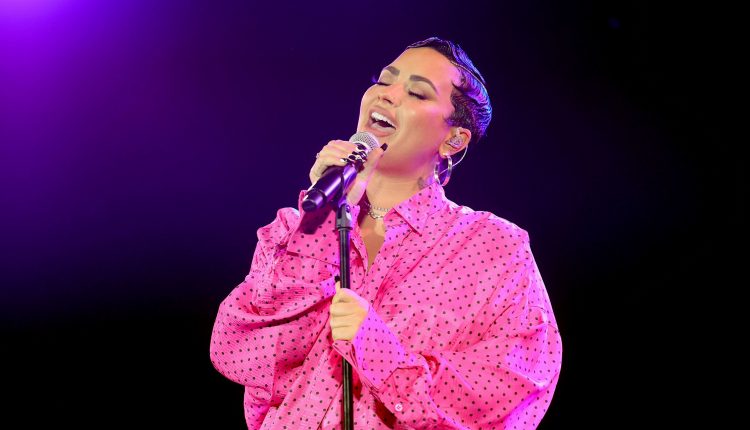 Demi Lovato’s New Video Recreates the Night of Her Overdose

In Demi Lovato’s latest music video, for her song “Dancing With the Devil,” the singer recreates the night that she experienced a near-fatal overdose in 2018.

Before the video, there’s a trigger warning that reads, “This video contains content depicting addiction, drug use, trauma, and sexual abuse, which may be triggering for some.” When the music kicks in, Lovato wakes up in a hospital bed. And as she sings, we see the events of the night that brought her there.

She starts by drinking wine and shots, then ends up in the back of a car looking dazed. Later, we see her in a bedroom, where someone drops off a black bag (which is implied to contain the drugs she overdoses on). Once she’s passed out in bed, we see the person who brought her the black bag flip her over and zip their pants (alluding to Lovato’s claim that her drug dealer sexually assaulted her the night of her overdose, as Variety reports). Then we see someone else discover her unconscious and take her to the hospital. The video ends with a credit reading, “A true story by Demi Lovato.”

Throughout the emotional video, Lovato has long blonde hair (rather than the dark pixie cut she has now) to more accurately represent what she looked like at that time. She sings through tears and yells as she recounts the events of that night. “Thank you for listening, and thank you for hearing me,” Lovato said on Twitter announcing the video’s release. “If you or someone you know is in need of support, please remember it’s ok to ask for help.”

Lovato has been increasingly open about her issues with substance use, what led up to her overdose, and her recovery journey since then. After six years of sobriety, Lovato experienced a relapse, which sent her down a path of using multiple drugs in the weeks before her overdose, she explained in a new docuseries (also titled Dancing With the Devil).

While the video does recreate the night of her overdose, it also shows what happened after: Lovato embraces her friends and family, is cared for in the hospital, and brands herself as a “survivor.” It’s a reminder of how scary and legitimately life-threatening these events can be, but also that hope and a chance for recovery are not lost.

If you’re struggling with drug use or addiction, you can call the SAMHSA National Helpline at 1-800-662-HELP (4357) to get referrals to local treatment facilities, support groups, and community-based organizations.

21 Great Gifts for Cat Lovers and Their Cats Alike

There’s Still So Much Stigma About Food Stamps. Here’s What Needs to Change.