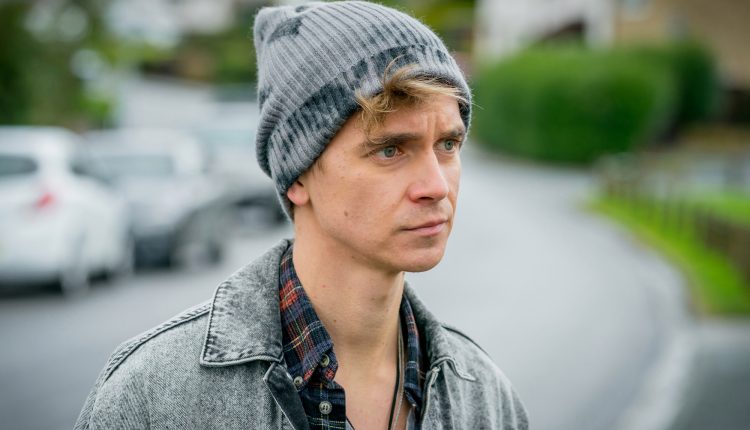 The series, create by Kay Mellor, follows a group of ordinary people whose lives are changed after they win the lottery.

Joe is playing Sam, the boyfriend of Roxy (Taj Atwal), who hails from Yorkshire, while the Strictly Come Dancing star is from Wiltshire.

On Monday’s episode of Loose Women the panel debated Mellor’s choice to cast a Southern actor in the role.

Denise, who is from Tynemouth, dismissed the criticism, explaining that ‘at the end of the day we are actors’.

The Hollyoaks star also compared actress Brenda Blethyn’s performance in the ITV crime drama Vera, which is set in Newcastle.

She told panelists Charlene White, Judi Love and Jane Moore: ‘If you look at Brenda Blethyn, she plays Vera brilliantly. She’s not a Geordie but she does the accent brilliantly.

‘Do I think I could have played Vera? Yes. Did I have a moan? Yes momentarily, but Brenda’s brilliant.’

She went on: ‘I’ve played Southerners in things and I think I do quite a good Southern accent. If Joe is good in his part then I think, absolutely fine.

‘We’re gonna go too far with this. The whole point of this is that we’re actors.’

Joe, in his first acting role, confessed that he was ‘worried’ about putting on a Northern accent and had voice coaching to help him get to grips with it.

He told press: ‘I was putting on a Northern accent, so knowing that I am not actually from the North, for me it is like hearing your voice back for the first time again.

‘I’ve got a lot of fans who are from the North so I was worried about doing a stereotypical Northern accent.’

The 29-year-old added that he felt ‘terrible imposter syndrome’ while on set.

‘There were very much first-day-at-school vibes. Being surrounded by really good people, who’ve been in the industry since they were young, I had this terrible imposter syndrome,’ Joe said in an interview with The Times magazine.

‘It comes with anything I do. People think I had the easy route into it, that things have been handed to me on a plate because of my follower numbers,’ he added.


MORE : Has Josh O’Connor confirmed Dominic West will replace him as Prince Charles in The Crown?

When will overnight stays be allowed in the UK?