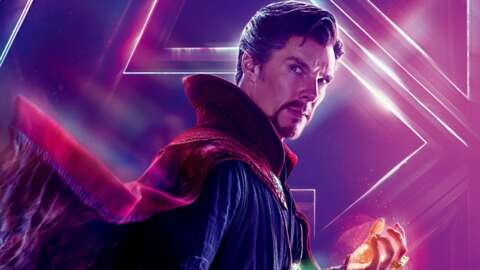 One of the biggest surprises of Marvel Studios’ WandaVision wasn’t one of the show’s cameos or twists, but rather the lack of one. Many fans expected Doctor Strange to appear, and were left baffled–and a little disappointed–when he didn’t show up. In a post-finale twist, we now know that he was actually supposed to, thanks to a new interview of MCU boss Kevin Feige and WandaVision head writer Jac Schaeffer by Rolling Stone.

According to Rolling Stone, Feige explained that Marvel had made a deal with Doctor Strange star Benedict Cumberbatch to appear in WandaVision’s finale, but ended up writing him out late in the process. He explained why:

“Some people might say, ‘Oh, it would’ve been so cool to see Doctor Strange,” Feige told Rolling Stone. “But it would have taken away from Wanda, which is what we didn’t want to do. We didn’t want the end of the show to be commoditized to go to the next movie.”

While Strange’s presence would’ve pleased many fans, Feige’s statement speaks to one of the biggest criticisms of the Marvel Cinematic Universe–that everything that happens is a cliffhanger or announcement for the next thing. Even one of the show’s big twists–the truth behind the reappearance of Wanda’s brother Pietro Maximoff–seems to be an intentional bucking of that trend.

According to head writer Jac Schaeffer, WandaVision’s strange commercials–pun definitely intended–were meant to come from the Sorcerer Supreme himself as messages to Wanda. Cumberbatch was even supposed to appear in one of the ads. This decision even meant that even the upcoming film, Doctor Strange in the Multiverse of Madness, had to be rewritten to some degree to account for the change.

While many fans will ultimately be disappointed at the idea of what could’ve been, it’s also cool to see Marvel Studios making character-centric decisions that push against the expectations of the Marvel movie-making machine.

Tetris Effect: Connected Is Coming To Steam This Summer

Once a bonanza for sponsors, the Olympics are becoming a drag