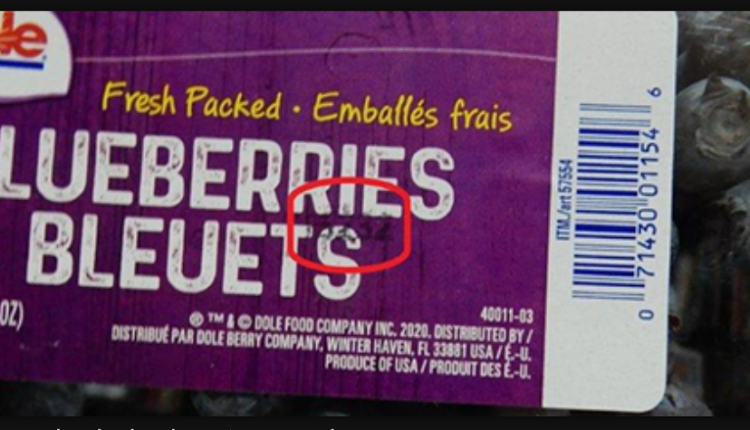 Dole recalls blueberries in Canada because of positive test for parasite

A grocery chain in Canada is recalling Dole brand fresh blueberries because test results have shown contamination with the Cyclospora parasite.

The move by Save-On-Foods LP comes after Dole recalled blueberries nationwide in the United States. Neither the Canadian Food Inspection Agency (CFIA) nor the U.S. Food and Drug Administration have received any confirmed reports of infections as of June 25.

In Canada, Dole distributed the implicated blueberries in the provinces of Alberta, British Columbia, Manitoba, Saskatchewan, Yukon, and possibly nationally, according to the recall notice posted by the CFIA.

“This recall was triggered by Canadian Food Inspection Agency (CFIA) test results. The CFIA is conducting a food safety investigation, which may lead to the recall of other products.”

Food contaminated with the microscopic Cyclospora parasite may not look or smell spoiled but can still make you sick. People infected with Cyclospora can experience a wide range of symptoms, including watery diarrhea, stomach cramps, and nausea. Some people do not get sick at all, while others suffer from a severe upset stomach. Few people get seriously ill.

Consumers can use the following information to determine whether they have the recalled products in their homes.