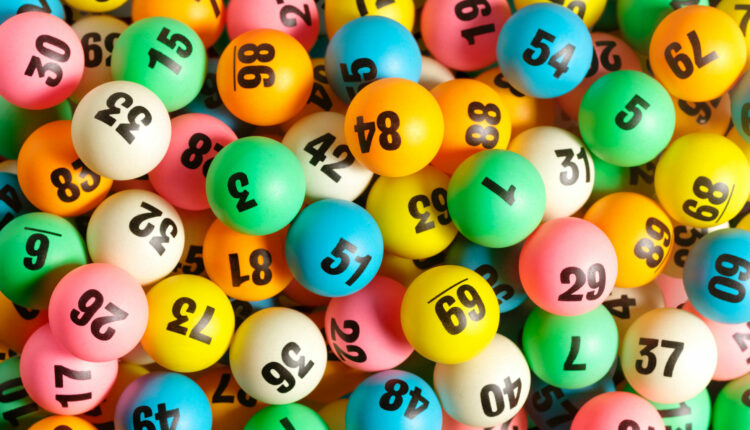 Managers are very prone to both benchmarking and stereotyping. These practices lead them into underestimating the power of luck, so that they often attribute success to capabilities and failure to bad luck in people or organizations they see as having the attributes of greatness, while they discount capabilities and attribute success to luck in people or organizations that do not conform to their ideas of greatness.  Looking at second-level performers (where luck probably plays a lesser role) may be a smarter way to benchmark.

At one point in Moneyball, Michael Lewis’ book on the improbable winning run of the Oakland A’s in the early 2000s, Billy Beane, general manager of the underfunded baseball outfit, makes a surprising declaration. His statistical analysis doesn’t work in the play-offs, he says — that’s down to luck.

Beane uses more colorful language, but the point is that Beane is aware that, for all his ingenuity in winning an unfair game, luck or randomness is an inescapable factor in all walks of life — even in baseball.

And luck played a part in the A’s story in more ways than one. Moneyball is often portrayed as a triumph of data analytics, but that is not sufficient to explain the success of the A’s, because data on players and the techniques for crunching it had been publicly available for decades. What helped swing things Beane’s way was his rivals’ tendency to reach too soon for luck as an explanation for performance in some situations while ignoring it in others.

That happened in several ways.

The Misfit Cannot be That Good

Over many years, scouts and team managers had built up stereotypes about what good players looked like. Competent but counter-stereotypical players such as the “submarine pitcher” Chad Bradford were underestimated because managers concluded that their successes had to be down to mere luck. Such misattribution of luck protected these hidden gems from discovery until Beane’s statistical approach cut through to the facts.

Beane’s rivals also brushed off the A’s unusual success. The team’s achievement — winning many games with a limited budget — became so salient that the MLB organized a committee to study this “aberration,” but its conclusion was mainly that “they’ve been lucky.”

Misattributing the successes of the atypical to good luck was a blessing for the underdog, such as the A’s and Beane. If the A’s success is perceived as a matter of luck, rivals would not worry about this outlier and there would be no need to study their strategy. The result was a team that could take on the giants of the sport and reach the playoffs four seasons running, until the bestseller Moneyball publicly demystified the luck bias.

Executives should be cautious when evaluating diverse workforces. If Moneyball is right about the blunders of those who run baseball teams, we should expect more blunders in many other domains. The achievements of the atypical, such as female and minority managers, can be misattributed to luck while the typical is overrated.

The popular idea that doing what great performers do will increase your odds of success conceals a number of biases around luck. In Search of Excellence, the most widely owned book in the U.S. between 1986 and 2006, presented a formula that many business bestsellers followed: Select a few firms that were exceptionally successful. Analyze their shared practices when they moved from “good to great.” Frame these practices as the principles for others that aspire to become great.

But the performance of these exceptional successes typically did not last. Take the 50 firms featured in the three most popular business bestsellers: In Search of Excellence, Good to Great and Built to Last. My research shows that the significant improvements of these firms (good to great) before being featured were followed by systematic decline. Of the 50, 16 failed within five years after the books were published and 23 became mediocre as they underperformed the S&P 500 index. Only five out of the remaining 11 firms maintained a similar level of excellence. What happened after becoming great is clearly not enduring greatness but strong regression to mediocrity.

The usual explanations for these declines include the CEOs’ complacency or hubris. A simpler explanation, however, is that the CEOs were never that special in the first place. It was luck that enabled their successes and unwarranted attention. And it was (bad) luck that made many of them attract unwarranted blame after failures. This means that you’re unlikely to benefit much from learning from these “role models” because even if you could replicate everything they did, you could not replicate their luck.

When Second Best is Best

If the most successful are not good role models, whom should managers look up to? My research shows that the second best may be a good alternative.

Take the music industry. If a musician has a top 20 hit, should a music label immediately try to sign them? My analysis of 8,297 acts in the U.S. Billboard 100 from 1980 to 2008 would suggest not. Music label bosses should instead be looking to sign up those reaching positions between 22 and 30, the “second best” in the charts.

A classic example is “Gangnam Style” by Korean artist Psy. The music video went viral beyond anyone’s foresight. Since such an outcome involved exceptional luck, Psy’s success is unsustainable. In fact, artists charting in the top 20 will likely see their next single achieve between 40 and 45 on average, regressing disproportionally more to the mean than their lower performing counterparts.

Those charting between 22 and 30, meanwhile, have the highest predicted future rank for their next single. Their less exceptional performances suggest that their successes depend less on luck, making their performances a more reliable predictor of their merit and future performances. If you follow your gut feeling and pursue the stars and pay them more than they deserve, such luck bias creates opportunity for the shrewd contrarian like Beane to ruin your business and disrupt the industry.

Some managers were offended when I presented my research. They believe successes result from hard work, strong motivation or “grit” — not luck — so the most successful don’t deserve to receive lower reward and praise. Some have even suggested that there is a magic number for greatness, a 10,000-hour rule.

Many professionals do indeed acquire their competence through persistent, deliberate practices. But detailed analyses of these experts often suggest that certain situational factors beyond their control also play important roles. Consider three national champions in table tennis who came from the same street in a small suburb of one town in England. This wasn’t a coincidence but that a famous table tennis coach, Peter Charters, happened to retire in this particular suburb. Many kids who lived on the same street as the retired coach were attracted to this sport because of him and three of them, after following the “10,000-hour rule,” performed well and became champions.

Their efforts were surely necessary for their successes. But without their early chance encounter, simply practicing 10,000 hours without adequate feedback wouldn’t likely lead a randomly picked child to become a national champion. A similar situation could happen in which a talented child suffered from early bad luck and never have a chance to realize their potential.

When it comes to moderate performance, our intuition about success is more likely correct. Conventional wisdom, such as “the harder I work the luckier I get” or “chance favors the prepared mind,” makes perfect sense when talking about someone moving from poor to good performance. Going from good-to-great is a different story: Being in the right place at the right time can be so important that it overwhelms merit and grit.

The problem is that successful managers tend to extrapolate their prior experiences more than they should. The managers offended by my research were probably right: Hard work and grit is likely to play a more important role than luck in their decent successes. But the same factors are unlikely to enable them to move from good to great. Believing in otherwise is to engage illusion of control and overconfidence — two dangerous biases that have ruined countless business.

Debias the Role of Luck in Business Education

Management research and education often focus on prescriptive theories that address how to move from “good to great.” This is problematic because being “great” in business often cannot occur without luck. Business educators need to acknowledge that we can help business practitioners to make fewer mistakes — “move from incompetent to OK” —but there is little we can teach about how to become exceptionally successful.

Part of the problem is that we are hardwired to imitate the most successful. But when the most successful in modern societies are no longer a reliable benchmark, overlooking such a mismatch sees us continuing to reward their luck, fuel unmeritocratic inequality and invite fraud.

With this in mind, there’s a good case that we shouldn’t just imitate life’s winners and expect to have similar success. But there is a case that the winners should consider imitating those who have used their wealth and success to do good things. Winners who appreciate their luck and do not take it all are the people who really deserve our respect.