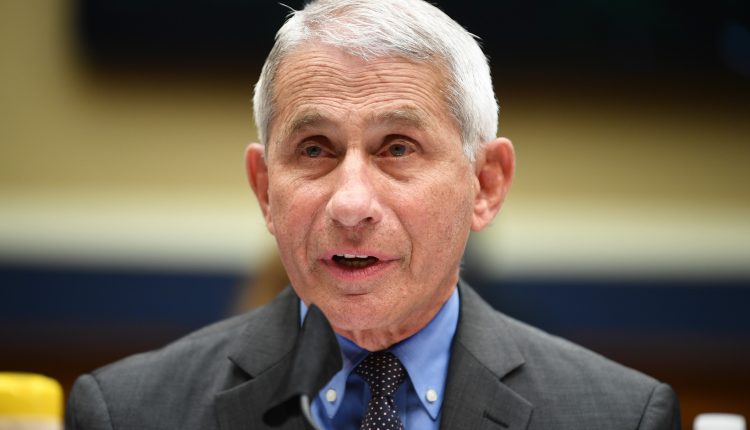 Anthony Fauci, M.D., director of the National Institute of Allergy and Infectious Disease, is reflecting on the pandemic one year in. Dr. Fauci said on Thursday’s Today show that, in hindsight, the U.S. could have done “a lot of things” better when responding to COVID-19. And one key factor was the politicization of face masks and social distancing, which could’ve been even more effective if used more uniformly.

“One of the things I keep harkening back to, that you can’t run away from, is that we had such divisiveness in our country that even simple common-sense public health measures took on a political connotation,” Dr. Fauci told anchor Savannah Guthrie. “If you wanted to wear a mask, you were on this side. If you wanted to stay in and avoid group settings, you were on this side.” He added, “It wasn’t [a] pure public health approach. It was very much influenced by the divisiveness that we had in this country.” He said, “mixed messages were coming from Washington. That’s for sure.” Previously, he said that it is “liberating” to now work under an administration that plans to let science and public health lead the way.

Of course, former President Donald Trump was the most prominent political figure to privately and publicly balk at mask-wearing since early in the pandemic, as The Washington Post reported. Trump’s mask-rejecting sentiment had an incalculable trickle-down effect on politicians and the public. In January, Democratic representative Pramila Jayapal blamed the fact that she contracted COVID-19 after the Capitol riot on Republican colleagues who refused to wear masks (and mocked those who did, she says) as they sheltered from the attack in tight quarters.

Guthrie also asked Dr. Fauci about the states—led by both Republican and Democratic governors—that are currently lifting mask and indoor dining restrictions, such as Texas, New York, and New Jersey. “I understand why they want to do it,” Dr. Fauci said. “I don’t want to be critical of it in the sense of saying they’re doing something bad, but I think they’d better be careful.”

Lifting restrictions too quickly was another error some parts of the U.S. made in 2020 that Dr. Fauci doesn’t want to see us repeat—even as vaccinations pick up. “Some states just turned the switch on and opened everything and we had a big surge. We’ve got to be careful. At a minimum, people need to continue to wear masks,” Dr. Fauci said. “I believe every day as we get 2 million or more people vaccinated, and if people continue to abide by the public health measures, we should be okay,” he continued. “Things look good, but we’ve got to keep putting our foot to the pedal when it comes to public health measures.”

More Than 90 Ice Cream Products Were Just Recalled for…