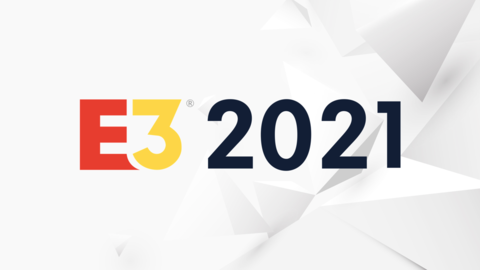 E3 2021: Schedule, Participants, And What To Expect

E3 2021 will not look like the E3 events we’re used to, with the pandemic still limiting large gatherings. Rather than host a large, in-person event like we’ve seen every other year except 2020, the ESA has chosen to host a digital show featuring a number of development and publishing partners. This will give everyone the chance to see trailers and announcements online while also giving companies the freedom to run events their own way. GameSpot is also participating in the gaming frenzy this June with the return of Play For All, which includes support for important charities.

It can be a lot to keep track of, particularly if you’re used to the more rigid schedule of traditional E3 events. However, game companies have started to announce when they’ll be hosting their own events, and we’ve organized them to make it as easy as possible to plan your personalized E3 viewing party.

E3 2021 will take place from June 12 through June 15, and participating publishers will be hosting their own events within that timeframe.

However, we won’t be limiting this breakdown to only official E3 events, because several publishers have chosen to forgo the ESA’s structure for their own events. EA and Sony are two of the biggest players to do this in the past, and we will include their events if and when they announce them independently.

Ubisoft Forward began last year after the cancellation of E3 2020, giving the publisher a chance to show off and announce its games. We actually got two separate Ubisoft Forward presentations last year, and it’s possible that could be planned again. Far Cry 6 and VR-based Assassin’s Creed and Splinter Cell projects are in the works, as well as the extreme sports game Riders Republic.

PC Gamer and GamesRadar will once again host the PC Gaming Show and Future Games Show, respectively, on June 13. These events typically have more of a talk show format, particularly the former, and focus on a variety of games. That includes lots of indie titles, and there are also opportunities for deeper gameplay dives and questioning than we typically see in the other press conferences.

Summer Game Fest and Day of the Devs

Geoff Keighley is once again not associated with E3 this year, and has instead organized another Summer Game Fest to offer game announcements and news over several months. It’ll kick off in June, and it will also feature a special iteration of the Day of the Devs from Double Fine and Iam8Bit. This will give aspiring and established developers the chance to show off their games to the world.

The following publishers have not officially announced press conference dates or presentations for E3 2021. However, they are confirmed to be participating in E3 and have almost always held events in the past.

Microsoft’s event this year is probably going to look a lot different than in years past, and not just because of the digital format. As of earlier this spring, Bethesda is part of Xbox Game Studios, meaning the publisher’s own content will likely be included in the Xbox show instead of in a separate conference, and mentions of “summer” seem to indicate E3 is the place where it happens. That could also make the Xbox show one of the longer ones we see this year, and we’ll surely see something on the upcoming Halo Infinite. The game is currently scheduled to launch this fall.

Nintendo didn’t release a Nintendo Direct presentation last year in the wake of E3’s cancellation, but the company is confirmed for E3 2021 in some capacity. Its E3 Nintendo Direct events are almost always fantastic, offering big news on a variety of first-party Nintendo Switch games. With such a long period of no information on games like Metroid Prime 4 and Bayonetta 3, it would seemingly be the right time to give some updates.

PlayStation was not listed among E3 partners when the ESA revealed its plans for the show. This would keep in line with what Sony has done over the last few years, as it has offered State of Play presentations without hosting a huge, blockbuster event. With the PS5 now available, however, we could see some sort of separate event.

EA was one of the first big publishers to break away from E3, instead hosting its own EA Play festivities at the same time. It isn’t clear what form that will take, or if that’s the plan, for 2021, as these events are focused more on community interaction than normal press conferences. It did still host a conference last year, however, so chances are EA has another planned for June.