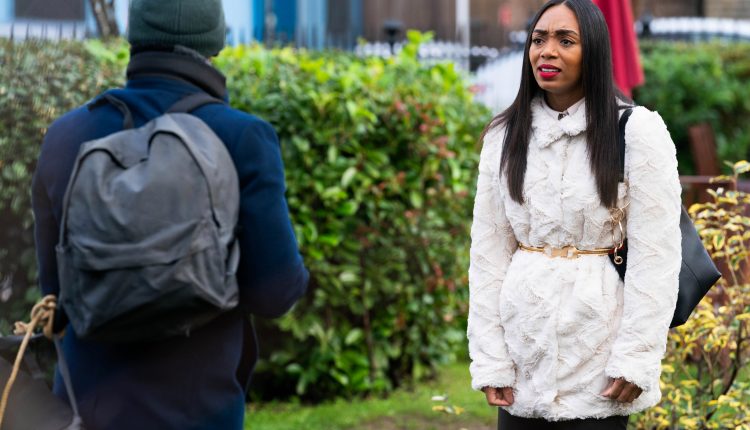 Since Chelsea Fox’s (Zaraah Abrahams) return in EastEnders, she’s spent a huge amount of time with her dad, Lucas Johnson (Don Gilet), genuinely believing he is a changed man, which is certainly saying something given the fact that Chelsea didn’t want anything to do with her serial killer father when she previously left Walford.

As much as Chelsea seems convinced, Lucas creeping around following Ruby (Louisa Lytton), Denise (Diane Parish), and standing over Patrick (Rudolph Walker) as he suffered a stroke has confirmed to viewers that the serial killer is far from a better person.

Upcoming episodes will see a different side to Chelsea once more, as she creates a dangerous plot involving Lucas…

Denise makes sure Chelsea hasn’t been in touch with her father and she insists she hasn’t, but tells her mum that Lucas has changed.

Denise proudly talks to Kim (Tameka Empson) about how Chelsea is a success, despite not understanding what she really does.

Meanwhile, Chelsea is surprised to see Caleb who questions her about their plan, warning her of the consequences if things go wrong…

Chelsea is desperate to know where Lucas is and later, she tries to persuade Denise to let Lucas live with her.

With Chelsea putting her plot into place, what will the outcome be?

Is she out to hurt Denise?

Robinhood says Gamestop volatility was a “1 in 3.5 million” black swan