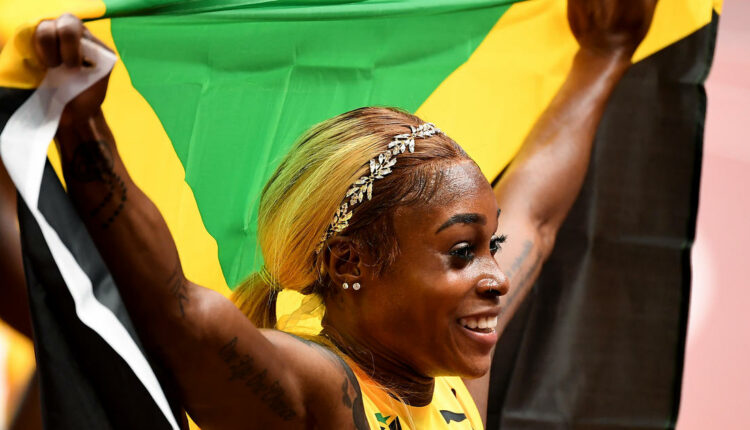 But it didn’t stop there for Team Jamaica, as they dominated the 100 meters at the Tokyo Games by also winning the silver and bronze medals. Shelly-Ann Fraser-Pryce finished second in 10.74 seconds, followed by Shericka Jackson in 10.76 seconds. This marked the fourth consecutive gold medal in the event for Jamaica.

Fraser-Pryce won gold in 2008 and 2012, while Thompson-Herah took home gold in 2016. For Team USA, Teahna Daniels was the highest finishing American in seventh place.

Jamaica is known for having some of the best track athletes to ever run in the Olympics, with Usain Bolt still holding the title of fastest man in the world. In a series of tweets, Jamaica’s Prime Minister congratulated the athletes and Thompson-Herah on making history. “Proud cya done! #TeamJamaica 1,2,3 Congratulations to our women for a scintillating finals! Elaine Thompson Herah, Shelly-Ann Fraser Pryce and Shericka Jackson! Let’s continue to make history!”