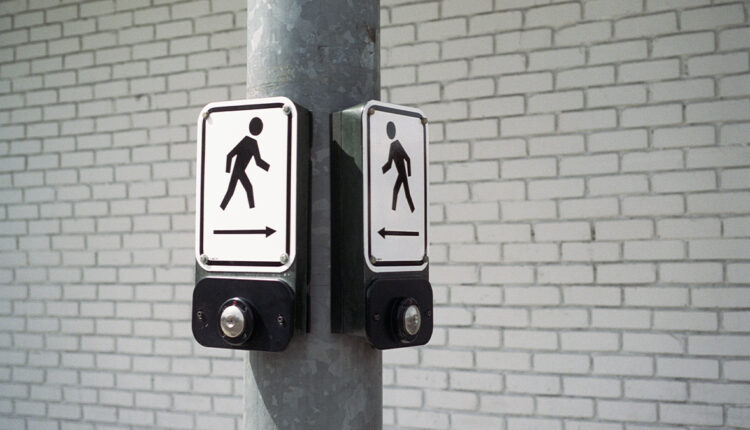 Embracing the Power of Ambivalence

Emotional ambivalence is the simultaneous experience of positive and negative emotions about something. It’s what we think of as being “torn.” As organizations develop ways of working that better consider the collective needs of our society, it’s critical for leaders to adapt and evolve expectations, structures, and reward systems in ways that support employees’ increasingly complex emotional lives. Drawing on the collective insights from their previous and ongoing research, the authors offer six critical leadership lessons for building cultures and structures that encourage emotional ambivalence and harnessing its benefits as we establish a “new normal” in the second half of 2021.

While many people have languished during the Covid-19 pandemic, others have felt a more complicated state called emotional ambivalence: the simultaneous experience of positive and negative emotions about something. It’s what we think of as being “torn.” For instance, many people feel conflicted about returning to the office. For others, it shows up when they consider how they really feel when a colleague asks, “How are you doing?” in a Zoom meeting. As we continue into yet another phase of this prolonged pandemic and the uncertainty that defines it, many employees are experiencing some of the most complex emotions of their lives.

But how employees feel on the inside isn’t always aligned with what they share with others. People often hesitate to share their ambivalent emotions with colleagues, fearing that they’ll taint the mood or appear emotionally vulnerable — like they don’t have it all together. Unfortunately, such fears aren’t entirely unwarranted. In competitive situations, people often value decisiveness and assertiveness. Sharing emotional ambivalence can signal the opposite and lead others to take advantage. Many leaders think being positive is the safer, better approach to expressing emotions at work. Happiness conveys confidence and competence, and people like to be around others who are positive and happy.

But emerging research suggests that being a relentlessly positive leader may not be the best approach. For example, sharing emotional ambivalence in cooperative relationships can unlock the type of problem solving that makes everyone better off. We spoke with a manager of a Fortune 500 company who described how comforting it was to have their managing director openly share their own ambivalent feelings about returning to the office. This transparency around mixed emotions inspired them to get creative and develop flexible plans that could work for themselves, their team, and the company.

This manager’s feelings aren’t surprising, as evidence suggests that experiencing emotional ambivalence can make people more creative, receptive to advice, and adaptable. On the other hand, promoting cultures of happiness through social pressure not to experience negative emotions can actually promote rumination and loneliness and reduce well-being in people experiencing negative emotional states.

Over the past two years, we’ve been tracking the emergence and development of several Instagram groups that focus on social support for targeted groups like working mothers. Through this ongoing research project, we’re discovering that groups can vary in emotional tone (e.g., positive vs. emotionally ambivalent) and that groups with an emotionally ambivalent tone may be a powerful source of well-being in the face of hardship. Specifically, using text analysis software to analyze posts and responses, we’ve discovered that posts coded by the software as expressing emotional ambivalence are associated with higher levels of positive engagement, insight, and focus on the present. We’re now investigating whether these public expressions of mixed emotions — by group leaders and members — model authentic and mindful behavior, enabling members to better ride the waves of challenges and hardship in life.

As organizations develop ways of working that better consider the collective needs of our society, it’s critical for leaders to adapt and evolve expectations, structures, and reward systems in ways that support employees’ increasingly complex emotional lives. Drawing on the collective insights from our previous and ongoing research, we offer six critical leadership lessons for encouraging emotional ambivalence and harnessing its benefits as we establish a “new normal” in the second half of 2021.

Cultivate the experience of emotional ambivalence.

In the face of uncertainty about the future, many employees may have already cultivated emotional ambivalence as an emotional hedge to protect their feelings in the face of setbacks and obstacles. Our research suggests that emotional ambivalence can also make people more adaptable because it helps them think about things in a more flexible way, which allows them to come up with alternative ways of approaching problems.

Leaders can use an approach inspired by motivational interviewing to help employees explore both positive and negative sides of an issue. In one-on-one meetings, ask guiding questions to surface employees’ mixed emotions in order to fuel flexible thinking. For example, “Frances, tell me one thing you’re excited about regarding the rollout and one thing you’re nervous about.”

Show that mixed emotions are OK.

Although leaders may be inclined to help employees resolve their ambivalence and become more positive, a more effective practice is to help them label their emotional ambivalence in order to reap its benefits. This shows employees that feeling and showing mixed emotions is an accepted and appreciated reaction to events that take place at work and in life and isn’t something to feel ashamed of. Listen in an empathetic, non-judgmental, and respectful manner — this not only makes employees more aware of their ambivalence but also more tolerant of it. You can also do this simply through responsive facial expressions, body language, and vocal tone, which can reinforce the value of ambivalent reactions and help avoid toxic positivity.

In addition to speeches, leaders can also normalize emotional ambivalence by modeling it in routine meetings. This can help employees feel seen, affirmed, connected, and less alone. Be careful not to take it too far: If employees aren’t feeling emotionally ambivalent themselves and are highly dependent on the leader for material resources, sharing ambivalence can signal unpredictability and thus reduce employee task engagement.

Cultural symbolism about emotional ambivalence can be transmitted through both organizational stories and physical space. For example, the Fortune 500 manager we spoke with described the flexible solution his group came up with regarding their return to the office that had resulted from him and his managing director both feeling torn. Capturing and retelling a story like this as a turning point in the organizational narrative can help preserve ambivalence as a cultural value.

Leaders can promote ambivalence in physical spaces by using artwork and music that prompt mixed emotional responses. For instance, they can use conflicting picture pairs that show a positive picture next to a negative picture and play music with mixed cues for happiness (fast-minor) and sadness (slow-major).

While the steps laid out so far may help remove the psychological and cultural barriers to ambivalence, at the same time, leaders must adjust the structure of their organization to develop an ambivalent environment. For example, to encourage employees to experience and share their emotional ambivalence in the first place, leaders may structure work interdependently, facilitating greater collective effort among group members and motivating them to pay greater attention to the social and emotional cues of others (rather than focus predominantly on themselves). Culturally interdependent countries where individuals think of themselves as working together toward a common, shared goal tend to express more emotional ambivalence. Organizations can replicate this by fostering a sense of interdependence between leaders and employees.

Additionally, to harness the benefits of and diminish the cost of sharing emotional ambivalence, leaders can also flatten the hierarchy. According to research, when ambivalence is shared in the context of egalitarian work relationships, it invites others into the process of solving problems so that everyone becomes better off, as long as the relationships are cooperative. In fact, therapists using the motivational interviewing approach have used a similar technique for decades, encouraging authentic and non-hierarchical relationships with clients (“the client is the expert on themselves”) and then eliciting emotional ambivalence in them to motivate change and growth.

Reinforce the value of emotional ambivalence with fair reward systems.

To make any of this change last in your organization, you must adjust reward systems. Businesses often reward the qualities that are antithetical to emotional ambivalence: confidence, optimism, positivity, and certainty. The measure of a good leader in the U.S. is to be “a force,” a “dominant voice,” and a “powerful champion,” and the leadership prototype is often associated with expressing positivity.

Such reward systems may be counterproductive in the pandemic era. Systems will need to be put in place to ensure that perceptual biases that penalize employees for their emotional ambivalence (for example, because they lack assertiveness) are removed from subjective performance evaluation and hiring systems. For example, tools like BrightHire allow hiring teams to document their conversations with candidates, go back and review interviews, share them with others, and get input from diverse viewpoints before making decisions.

Although more work is needed in this area, a side effect of doing this may be removal of some barriers for women leaders, as women may be more prone to complex emotional representations of experiences, considering that they’re socialized to attend to social cues and recognize and appreciate different perspectives beyond their own. Indeed, a recent survey of leaders discovered that women leaders were significantly more likely than male leaders to report that they were “someone who often feels mixed emotions.” By putting a check on perceptual biases that favor qualities that are antithetical to emotional ambivalence, we may see more women ascend the hierarchy, which may be beneficial in crisis-management situations.

Organizations that are cooperative, interdependent, and relatively egalitarian set the foundation for harnessing emotional ambivalence. These are the environments where it’s seen as an invitation to collaborate and solve problems together. It’s engaging, inclusive, and democratic.

As we enter this new phase of the pandemic, leaders need to realize that a relentless focus on boosting positivity may not be enough to keep employees engaged and can even be alienating for those who are awakening to the reality of their own emotional ambivalence. Although positive emotions can lead to positive thinking, which can make people feel better in the short term, decades of research suggest that they can also redirect people’s motivation to focus on preserving the positive emotional state and sap their longer-term motivation to change and grow. Emotional ambivalence can be uncomfortable, but it can better equip your organization to flexibly respond and adapt to our complex and changing times.

Can Big Tech Reform Itself?