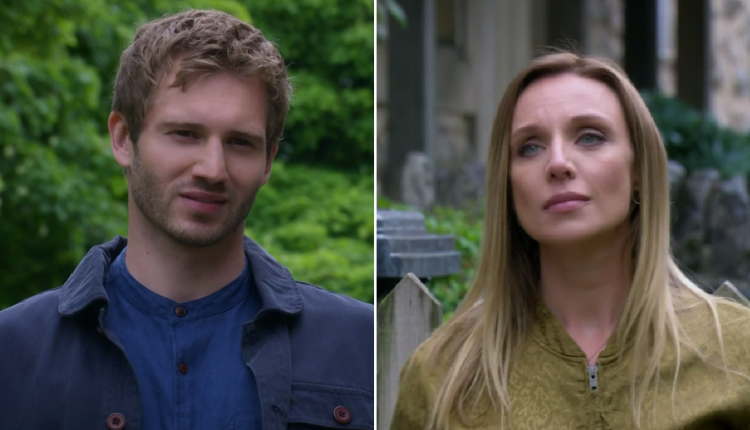 Jamie Tate (Alexander Lincoln) sank to a new low in Emmerdale tonight (September 24), as he blackmailed Andrea (Anna Nightingale) into providing him with an alibi — promising to destroy her if she refuses.

Jamie received quite the shock when Belle Dingle (Eden Taylor-Draper) revealed that she’d called the police on him, and thus had been playing him for weeks.

The Dingles were full of praise for the young woman, but she struggled to cope with what she’d done, as Jamie was carted off to the police station.

However, Jamie was later released — much to the dismay of Belle, Andrea and hit-and-run victim Moira (Natalie J Robb).

Cain (Jeff Hordley) wasn’t too pleased either, as he vowed to take brutal revenge if the authorities let them down regarding sending the young Tate to prison.

Andrea attempted to cheer Belle up — commending her for what she’d done.

However, it wasn’t just Belle who found herself struggling by the second episode’s end, as Andrea ended up in quite a complicated scenario.

Jamie blackmailed her into giving him an alibi for the night of the hit-and-run, and if she refuses to comply with his demand, then he promised to take her down with him.

Charming guy is our Jamie, eh?