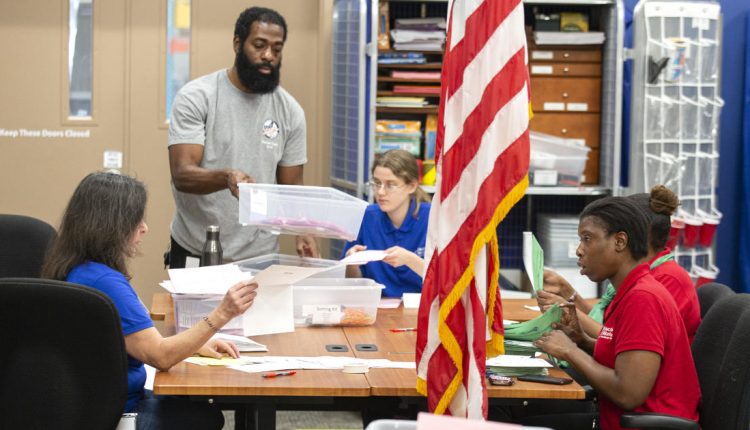 About 2 million Black Americans could climb into the middle class if they were given equal wages as their White co-workers, a new study from corporate consulting firm McKinsey estimates.

Moving that many people to the middle class would benefit the larger U.S. economy as well as Black communities, said Shelley Stewart III, a McKinsey partner who led the study released Thursday.

Newly minted middle-class families would have much less need for public assistance like food stamps and housing vouchers, thus reducing U.S. government spending on social service programs, Stewart said. Black households would earn an extra $220 billion in wages annually if the racial wealth gap were erased, and that in turn would generate more income for federal and state governments to tax, he added.

McKinsey’s study peered through a crystal ball to envision how much stronger the economy would be if there were targeted moves from the private sector to bolster Black Americans in areas like the wage gap, entrepreneurship and wealth building. To unlock that stronger economy, employers behind more than 500 occupations would have to implement equal pay measures and banks would need to make a concentrated effort to lend to Black entrepreneurs, the McKinsey study concluded.

“Daunting” but doableA noteworthy wage gap between Black and White employees has persisted for years, Stewart and other researchers have said. A 2019 Payscale study, for instance, found that Black men earn 87 cents for every dollar a White man earns, even when both workers are equally qualified. Even after accounting for demographic, geographic, and educational differences among workers with a bachelor’s degree or higher, Black men earned 18% less than White men in 2010, according to a study published this week from The Conference Board. By 2019, the gap grew to 24 percent, the study found.

Part of the disparity stems from Black Americans being historically excluded from high-paying roles and relegated to low-wage positions like janitor, store stocker, nursing assistant and school bus driver, according to the McKinsey study.

But enacting equal pay in just 20 types of jobs — including lawyer, software developer, accountant and construction manager — would close the racial wage gap by half, the study suggests. Other occupations where equal pay would make a serious dent, according to the study, are:

“While the problem has been long-standing and appears to be daunting, it’s really a problem that can be solved by corporations and individuals in America adopting anti-racism as a core value,” said Kevin Cohee, CEO of Black-owned OneUnited Bank in Boston who read the study and agreed with Stewart.

Black-owned businesses represent 2% of all private U.S. employers, even though Black Americans are 13% of the U.S. population, according to the study. Stewart noted that the discrepancy exists, in part, because Black entrepreneurs have lower odds of securing small business loans from banks compared with applicants from other ethnic groups.

However, if Black Americans were given loans and business coaching at the same rate as other ethnicities, their companies could generate $1.6 trillion in revenue and create 615,000 new Black firms, the McKinsey study estimated. New firms could continue to thrive, if larger companies added them to their diversity supplier lists, the study said.

Building a successful business is crucial for Black Americans from low-income backgrounds because it potentially jumpstarts the bigger plan of creating wealth to pass on to future generations, said Darrin Williams, CEO of Black-owned Southern Bancorp of Arkadelphia, Arkansas. The McKinsey study offers a great road map for how to start that process, Williams said.

“Wealth building isn’t just for the wealthy — it’s for everyone,” he said.

Why is there a Windows 11 if Windows 10 is the last Windows?

Deals for Days: What you need to know about Walmart’s big sale on Amazon Prime Day