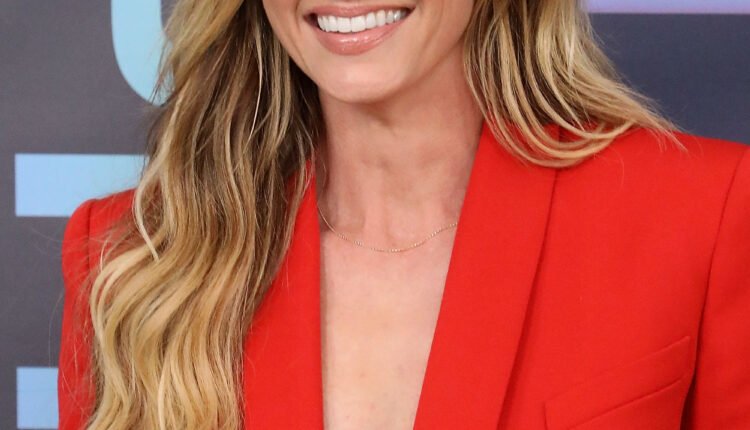 Erin Andrews, longtime sports broadcaster, revealed that she’s undergoing in vitro fertilization (IVF)—for the seventh time. The process is a “time-consuming” and “emotionally draining” one, the 43-year-old wrote in a Facebook Bulletin post, and it’s something that she wishes our society was more open about.

“On top of being on a special assignment last week where I was sometimes working up to 14 hours a day, I also had to set aside time for IVF treatment. For those familiar, you know it’s a time-consuming and emotionally draining process,” Andrews wrote. “This is my 7th one, and I’ve been going through these treatments since I was 35 years old.”

She went on to explain that she feels like her industry is one in which “women feel the need to keep things like this quiet.” But she decided to be more open about going through the procedure during this round. “I decided that this time around, I would be open with my show producers about having to come to work a little later than normal because I was attending daily fertility appointments,” wrote Andrews, who was diagnosed with cervical cancer in 2016. “And I am thankful I did it. They encouraged me to be open about it because this is real life…. I am not ashamed, and I want to be vocal and honest about this.”

The general process of IVF involves stimulating ovulation, retrieving eggs from the ovaries, fertilizing the eggs, and then transferring the eggs into the body in the hopes of inducing pregnancy, the Mayo Clinic explains. In all, a single round of IVF can take three weeks to complete (and can cost tens of thousands of dollars), but sometimes parts of the process are split up or take longer than expected.

And the chances that a round of IVF will lead to a pregnancy vary depending on the underlying reason why the patient is having difficulty conceiving (such as blocked fallopian tubes, fibroids’ impacting the potential for pregnancy, or ovulation disorders) as well as their age. Depending on someone’s exact situation, undergoing multiple rounds of IVF may be necessary.

“The entire treatment takes such a mental and emotional toll on your body. You feel like shit. You feel bloated and hormonal for a week and a half,” Andrews writes. “You could go through this whole experience and get absolutely nothing out of it—that’s the crazy part. It’s a ton of money, it’s a ton of time, it’s a ton of mental and physical anguish. And more times than not, they’re unsuccessful.”

But despite how common infertility, IVF, and other types of reproductive assistance procedures are, people are rarely so open about going through the process—especially when it doesn’t go as planned. “I think that’s why a lot of people choose to be quiet about it,” Andrews writes, adding that sometimes people may fear they’ll “jinx it” if they share too much or that they’ll feel like “failures” if it doesn’t work out.

“Now that it’s my seventh time, something just hit me. Why am I keeping this such a secret when this is just a part of our lives?” Andrews wrote. “Instead of feeling ashamed, we need to give ourselves more love.”