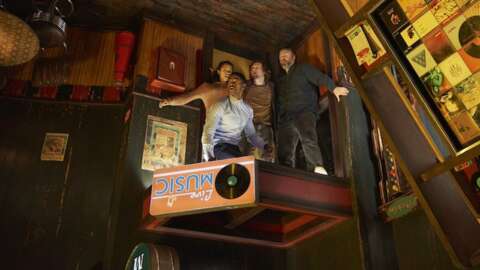 The sequel to the 2019 horror movie Escape Room has an official title. As reported by Cinemablend, the movie is titled Escape Room: Tournament of Champions.

The film hits theaters on July 16, 2021, having been recently moved forward from January 2022. Escape Room: Tournament of Champions is directed by Adam Robitel, who helmed the first movie. The cast includes Taylor Russell (Lost in Space), Logan Miller (Escape Room), Isabelle Fuhrman (The Hunger Games), and Thomas Cocquerel (The 100).

Some new plot details have also been revealed. Robitel told Cinemablend that the film expands the scope of the first movie to include contestants in other deadly escape soom games. “What we’re going to realize is that on any given day, there are multiple games happening all around the world,” he said.

“There are some other people in this movie, other characters who’ve also been through the games and suddenly now it’s sort of like a game of champions. They’ve all played the game before. It’s sort of a meditation on trauma, and how people deal with trauma. But also, what they’ve learned through their first trial by fire.”

The first movie was released in January 2019. While it was met with middling reviews, it was a box office hit, grossing $155 million from a reported production budget of $9 million.

For more, check out GameSpot’s guide to the biggest upcoming horror movies of 2021.