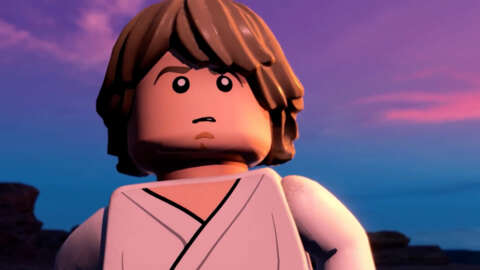 We saw a few games get delayed in 2020, but it seems that the real impact of the pandemic on the gaming world is being felt in 2021. From Gotham Knights to Deathloop, here are some games that we’ll have to wait just a little while longer to enjoy.

We saw a few games get delayed back in 2020, but it seems that the real impact of the pandemic on the gaming world is being felt in 2021. We’re not even halfway through the year but numerous titles have slipped from their original release dates, with some even moving into 2022.

It’s to be expected. Game development is hard enough without the pitfalls of transitioning to working from home. While it’s a shame that games won’t be released when we initially thought they would, we say give developers all the time they need to release something that they’re truly proud of.

The above video lists a number of games that have been delayed in 2021, including Gotham Knights, Hogwarts Legacy, and Deathloop, among others. We’ll just have to wait a little while longer to play them. But there’s still plenty being released, for the latest recommendations, check out gamespot.com and youtube.com/gamespot.

Best Valorant Clips Of The Week: Ace Or No Ace?