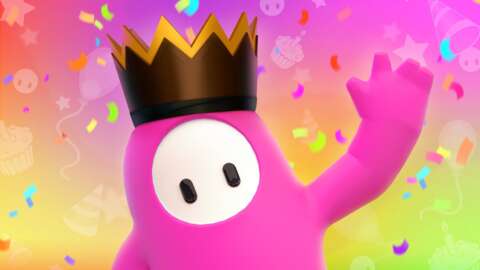 A year ago, developer Mediatonic introduced the world to its adorable and anatomically-horrifying beans in Fall Guys: Ultimate Knockout. To celebrate the first anniversary of the game, the developer took to Twitter to announce that a number of its older game modes will be returning for a limited time.

As an added bonus, players can earn double Crowns after winning games and the addition of new celebratory cosmetics which include a new costume set that costs 10 Kudos in the game’s online store.

Fall Guys has gone from strength to strength since it arrived in 2020, which eventually resulted in Mediatonic being acquired by Epic Games earlier this year. While the Xbox and Nintendo Switch versions of the game were indefinitely delayed, Mediatonic did add that it’s working on cross-play for Fall Guys so that players can be connected in new ways.

🎂 Fall Guys is officially 1 year old today! 🎂
Big love to all of our beans for playing the game, old and new! ❤️
We may have a few little surprises in-game today 👀
If you’d like to share any messages/pics/videos with the team, please use #HappyBeanDay! pic.twitter.com/N499pPXf8v

Fall Guys regularly adds new licensed cosmetic content to its store, which has resulted in crossovers with Cuphead, Godzilla, Tron, and Doom Eternal to name a few.

The game is currently busy with its fifth season of content, which includes content based on PlayStation’s Ratchet & Clank series. While the Ratchet-centric event is already over, a Clank-focused event will take place from August 6-15, providing players another chance to unlock the new Ratchet and Clank outfits.