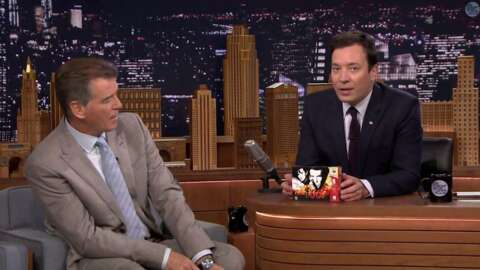 The Tonight Show Starring Jimmy Fallon has been renewed by NBC for five more years, according to Deadline. As also reported by that publication, this news comes after it was announced that host Fallon extended his contract in November, after his previous contract ran through the end of 2021.

There was little, to the point of almost zero, doubt that Fallon would be staying on with both The Tonight Show and the network. The late-night host, the sixth for the long-running Tonight Show franchise, has steered this incarnation of the show since 2014 and is currently involved in six projects for the network–an explosive and impressive run that started with the performer joining the cast of Saturday Night Live back in 1998.

Fallon’s renewal and extension comes as, meanwhile, NBC has canceled Lilly Singh’s NBC late-night talk show, A Little Late, after two years on the air. Variety is reporting that the network is exploring filling the time slot with something that isn’t a talk show, but no announcements with concrete plans have been made. Singh’s show, unfortunately, joins our ever-growing list of programs that have been canceled this year.

Fallon took The Tonight Show hosting duties over from Conan O’Brien, who is slated to host his final episode of late-night television via TBS’s Conan on June 24. The 58-year-old host is headed to streaming service HBO Max, where he will host a new weekly variety series. Conan originally moved over to TBS from NBC after he left The Tonight Show.