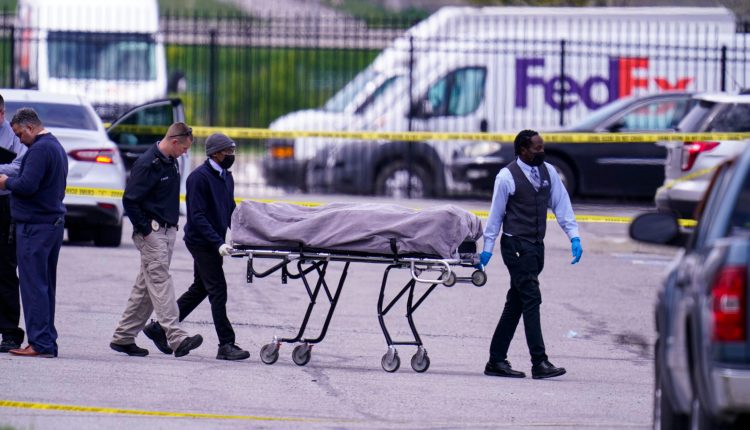 A gunman who shot dead eight people at a FedEx facility before killing himself has been identified as 19-year-old Brandon Scott Hole.

Investigators were searching a home in Indianapolis linked to Hole and have confiscated desktop computers, electronic devices and more evidence, the officials said.

Hole, who is from Indiana, was a former employee of FedEx and last worked there in 2020, Indianapolis police reported Friday afternoon, according to The Indianapolis Star.

A March 3, 2020 Indianapolis Metropolitan Police Department report stated that a mental health check for suicidal tendencies was conducted on the 1100 block of North Huber Street and that Hole, then 18, was arrested. Police seized a gun ‘from dangerous person’.

‘The suspect’s mother contacted law enforcement to report he might try to commit “suicide by cop”’, FBI Indianapolis Special Agent in Charge Paul Keenan said, according to the newspaper.

The FBI interviewed Hole in April 2020 and he was assessed as ‘No Racially Motivated Violent Extremism (RMVE) ideology’. No criminal violation was found and the gun was not returned to him.

During the mass shooting that occurred shortly after 11pm on Thursday, four others were shot. Officers arrived to find an active shooter.

Police spokesman Craig McCartt said: ‘This suspect came to the facility, and when he came there he got out of his car and pretty quickly started some random shooting outside the facility.’

FedEx CEO Frederick Smith said that the eight people who were killed were employees.

He said: ‘This is a devastating day, and words are hard to describe the emotions we all feel. I want to express my deepest sympathies to the families, friends, and co-workers of those team members’.