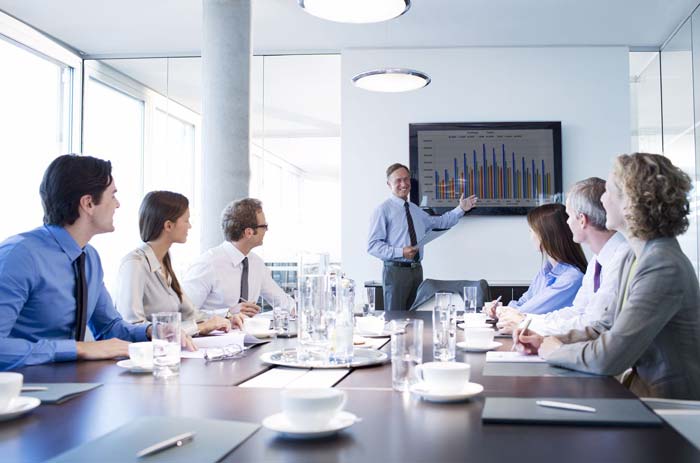 I have often talked about the importance of being prepared- meaning being "business prepared-" when beginning a new business endeavor. In that sense, utilizing Feng Shui's principles in an office or a business location is part of being prepared to eliminate blockages in the 'energy' that could prevent you and your business from achieving the goals you're setting out to accomplish.

Some of you may already have read books on Feng Shui- or possibly read my brief for the Canon Corporation on how to maximize productivity and reduce office stress. You may already have introduced some elements of Feng Shui in your office design, or although you have gone so far as to hire an expert- hard as it is to find a qualified one these days.

And yet, some of you may still find your business has been a place of challenges both on a personal and professional level. This is usually a sign that something is up at a defect, more advanced Feng Shui level. And as well intended as we may be as an expert Feng Shui Masters turned teachers and writers, it is just too lengthy and complex to address every case scenario in our books or classes for why this may be happening. I mentioned before how the energy distribution of each building is based on the year of construction of the said building and its orientation. This means there are literally hundreds of combinations that give each building its unique characteristics in the way each one affects its occupants. Then you can add to that how each of the occupants may each have a need for more specific colors or materials or desk placement in his or her office based on their date of birth and there you have it– a three variable equation! How many of you really have the patience of going through such training just to set up your office?

So, to make things a bit easier for you, I am going to enroll four major groups of buildings that you may come across when shopping around for a building, when considering where to move your office or business, or where to start a new one . If you have already moved in this can serve as a "check list" to evaluate how good the building you have rented and purchased is and whether it would be a good idea to consider having the consult of a Feng Shui expert to do some "fixing . "

You have already heard me say some times, mostly about residential, that a building's energy, whether good or bad, affects its occupants time and again. That is because each building is created with certain, specific features that have the ability of affecting people on a health, wellness, relationship, and the ability to perform in business level as well as with life in general. So, if a building has great aspects it will affect its occupants in a very "lucky" manner, while buildings that are not very positive will affect its occupants by bringing about challenges and overwhelming obstacles.

Many make the mistake in thinking that a previous occupant's bad luck may have "lingered" in the building, when in fact it was the Feng Shui's characteristics under which the building was created-most of the time unbeknownst to unaware designers and architects- that had affected the one or more different occupants over time. So knowing what has happened to the previous occupant (s) of a space can give you some indication of what the building may have in store for you too.

Obviously there are many variables to how having bad Feng Shui could threaten a company's business efforts, but for the sake of this discussion, I have grouped them into four main categories. Check them out and see if any apply to your office or business location:

This is the most obvious "red flag" you can come across: the building has been impacting occupants with a history of financial problems over and over again– and the older the building, the clearer you'll be able to see this. So there's a very good chance that the same building will affect your business the same way.

A few years ago I helped a client, John, select a new business location for a store. I had worked with him previously, so he was already aware of how accurate and effective Feng Shui had been for both his residence and with a different business that he had opened a few years prior in a different location.

When reviewing the location he had taken out I advised him that the building had a very adverse potential- bad for financial success, but also bad for the occupants relations and I recommended, if he was going to acquire this space, that he planned in the renewal of budget for some serious structural remodeling (rarely removing the roof of the warehouse-type building so that the original, unfavorable energy could be released and updated to a more favorable, current energy.) After finding out that the previous occupant had gone bankrupt, John was more than convinced of the need for this replacement and set a budget aside for it.

And so he did. However, for this new endeavor, he had joined forces with another, very successful entrepreneur, who, unfortunately, did not believe in using Feng Shui.
So while this gentleman did agree on some of the modification I proposed, he opposed the plans to replace the roof. To not upset his new business partner, John reluctantly went along with not doing it. And so, the renovations were carried on without this crucial part of my recommendations

No sooner had the renovations begun than the trouble also appeared on the horizon- construction was delayed several times and dragged on for several months due to multiple misunderstandings between the architects, contractors, and clients. By the time the "Grand Opening" came about John and his new business partner had experienced so many "irreconcilable differences" in the business managements and on a personal level that they decide to, resentfully, split. By the end of the year the business was sold and a new owner took over– while John's other building's businesses were Feng Shui had been successfully applied were flourishing.

This is a variation on the previous one. However, this kind of building is a bit more difficult to identify because companies and business in this kind of building may still do fairly well financially, which makes it hard to detect as a Feng Shui problem simply because it's shown as people who are just not getting along with each other. Neverheless, it could be something as simple as readjusting the office's layout to improve the relationships between people and, consequentially, both productivity and the bottom-line.

3) Buildings Unoccupied for a Long Time

These situations are the most difficult to explain to clients because most of these buildings are usually on the market for an incredibly reasonable price tag and that can lure even the most hardcore Feng Shui aficionado into thinking what we all would think– "It's a great deal! " But remember – not all that glitters is gold. If you investigate a bit more you'll soon find out that your "dream building" has been unoccupied for months, maybe even years, which is the reason for the cheap price. What do you do then? If you know what's good for you (and your business) you'll start doing some more research before signing that escrow / lease agreement.

My suggestion is that you first get your information from a reliable third party, not your or another party's agent who may know nothing about the building's history, but rather from the building's neighbors or the current, "soon-to-be-previous-occupants . " These are among the best third party sources to ask.

I have done this several times, one of which I remember very well. I had witnessed my client, Bob, completely enthusiastic about a space way larger than what he could afford, but wanted it mainly because it had a very "sweet deal" attached to it. Based on the year of construction I was given the place looked like a dream come true– a great space with an excellent price– which made me suspicious. When I asked the real estate agent who occupied the space previously I was told that the space had been empty for seven months– which made me seriously suspicious. I had to convince my client to take 24 hours to think it over so I could find a way to collect more information. Since we were away from Los Angeles I could not rely on any of my usual sources, so we sent one of Bob's employees to have a friendly "chat" with the occupants of the office suite right next door. There we found out that the building had indeed been empty for seven months because the previous company had gone bankrupt and its guarantor was still carrying out the lease for them. So think about whether or not you'd like to get one of these provided "deals" for yourself and your business.

Now it probably goes without saying that these are the best buildings ever. You can think of them as coming with a "Feng Shui Warranty." They may need to be "tinkered with" to accommodate your business and maximize its potential, but you know a good potential is there to begin with. And this is the kind of building I recommend my client to always look for. But the trick is there are not very many of them around. Only about 25% of buildings designed and constructed without keeping Feng Shui in account end up having good potential, and they still need tweaking afterwards! So imagine what happens when you just "choose" your business or office location without keeping Feng Shui in consideration. Are you really ready to deal with the unknown?

Having said that, do you know now what's in your building? Let me know if I can be of any help …

Any publication, including any purpose of education or entertainment, must credit the author in such form: "Simona F. Mainini, Dr. Arch. And Feng Shui Master, Assoc. AIA"