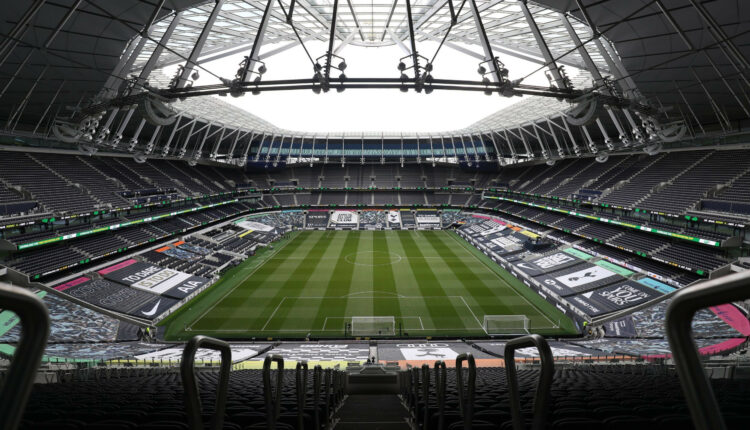 Fire breaks out at Tottenham Hotspur Stadium with 300 people evacuated

A fire erupted at Tottenham Hotspur’s home ground this morning, forcing 300 people to be evacuated.

The small blaze started at around 10am due to the ignition of an air compressor in one of the kitchens.

Fortunately an electrician managed to quickly put it out with an extinguisher, but the smoke alarm had already been set off.

This meant an emergency evacuation still had to be carried out and 300 people had to leave the nine-storey venue in north London.

In a statement, the football club said: ‘Following a number of inaccurate and sensationalist reports, we can confirm that Tottenham Hotspur Stadium is operational as normal after a small fire, caused by an air compressor, broke out in one of the kitchens this morning.

‘The fire was contained to a very small area and quickly put out with a fire extinguisher by the first person on the scene.

‘The building was briefly evacuated as per standard safety procedures following the triggering of the fire alarm system, while a London Fire Brigade crew attended the stadium and carried out a safety inspection before departing the scene.’

Pele: Brazilian football legend to be moved out of intensive care