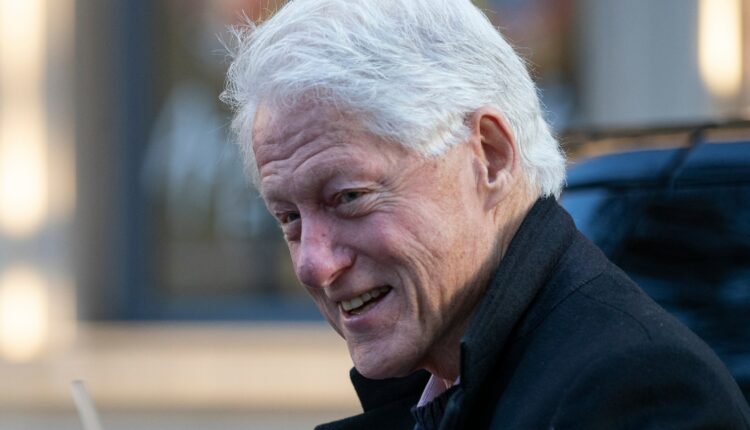 Former president Bill Clinton is recovering after being hospitalized for an infection on October 12. The illness was not related to COVID-19 but rather a urinary tract infection (UTI) that spread to Clinton’s bloodstream, CNN reported.

Clinton, 75, was “taken to UC Irvine Medical Center and diagnosed with an infection. He was admitted to the ICU for close monitoring and administered IV antibiotics and fluids. He remains at the hospital for continuous monitoring,” according to a statement obtained from Alpesh Amin, M.D., chair of medicine at the hospital, and Lisa Bardack, M.D., Bill and Hillary Clinton’s longtime personal physician.

“After two days of treatment, his white blood cell count is trending down and he is responding to antibiotics well,” the statement continued. “The California-based medical team has been in constant communication with the President’s New York–based medical team, including his cardiologist. We hope to have him go home soon.” Although the official statement doesn’t specifically mention the underlying reason for Clinton’s illness, CNN reported that he was hospitalized for a UTI that spread to the bloodstream, which started with feelings of fatigue on Tuesday.

A UTI develops when bacteria enter and multiply in the urinary tract (which includes the urethra, bladder, and kidneys), the Mayo Clinic explains. Most commonly, the infection starts in the urethra and/or bladder and causes symptoms such as a burning sensation when peeing, an increased need to urinate, pelvic pain, or a pink or reddish tint to the urine (which may indicate blood in the urine). However, not everyone experiences the same symptoms. And in older adults especially, the symptoms can be mistaken for other issues, the Mayo Clinic says.

In severe cases, the bacteria may travel up to the kidneys and eventually get into the bloodstream, at which point the infection can cause a potentially life-threatening condition called sepsis. Urinary tract infections are typically treated with oral antibiotics, but when a UTI gets to this severe stage, hospitalization and IV antibiotics may be required.

As of the most recent update, former president Clinton is still in the ICU but is “on the mend, in good spirits, and incredibly thankful to the doctors, nurses, and staff providing him with excellent care,” Angel Urena, the former president’s spokesman, said in a statement. Back in 2004, he underwent quadruple bypass surgery, and in 2010, he underwent a procedure to implant two stents. But President Clinton’s doctors emphasized to CNN that the current hospitalization is not related to his heart or COVID-19.

Cheryl Burke Is Nervous About Competing on DWTS Sober: ‘This Has Been Really Scary…

IAFP asks for award nominations for 2022 annual meeting and…

Uma Thurman Revealed She Had an Abortion as a Teenager: ‘I…