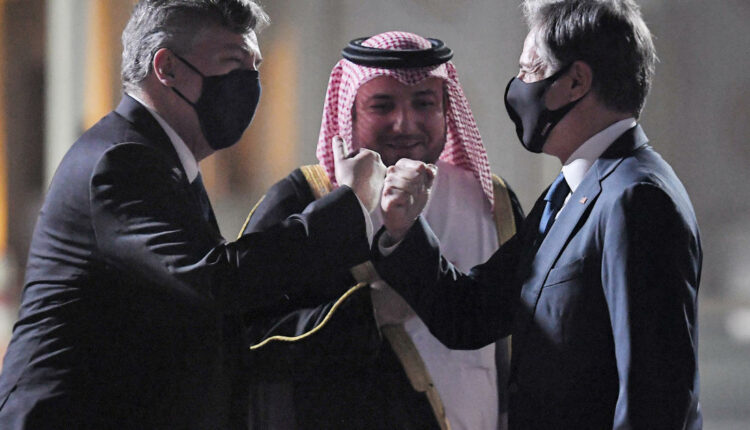 Four Americans have been able to safely depart Afghanistan by using a land route out, in an effort facilitated by the State Department.

According to a senior State Department official, the four are in good condition, and U.S. embassy staff members were on hand to greet them Monday.

This is the first time such a route has been facilitated by the State Department since the withdrawal of the U.S. was completed at the end of August. The 124,000 people evacuated in late July and August were moved out of Afghanistan by plane.

According to the State Department, the Taliban was aware of the movement of the Americans toward the border and did not impede them. The U.S. has not disclosed where the four Americans are.

The news of the Americans’ departure came as Secretary of State Antony Blinken was about to arrive in Doha, Qatar, where he and Defense Secretary Lloyd Austin are meeting with Qatari leaders to thank them for the help the Gulf nation gave to the U.S. in its mass airlift of Americans and vulnerable Afghans, providing a transit point and support to the evacuees.

In Mazar-i-Sharif, there are multiple planes ready to take American citizens and U.S. permanent residents out of Afghanistan, but they’re being denied permission to leave by the Taliban, according to congressional and non-governmental organization sources.

The State Department advised members of Congress to tell groups seeking to evacuate Afghanistan from Mazar-i-Sharif that the government “does not have personnel on the ground in Mazar, we do not have air assets in the country, and we do not control the airspace.” But the State Department has said it “will hold the Taliban to its pledge to let people freely depart Afghanistan,” adding that “the entire international community is focused on whether they live up to their commitments.”

Former French soccer star dies after 39 years in a coma