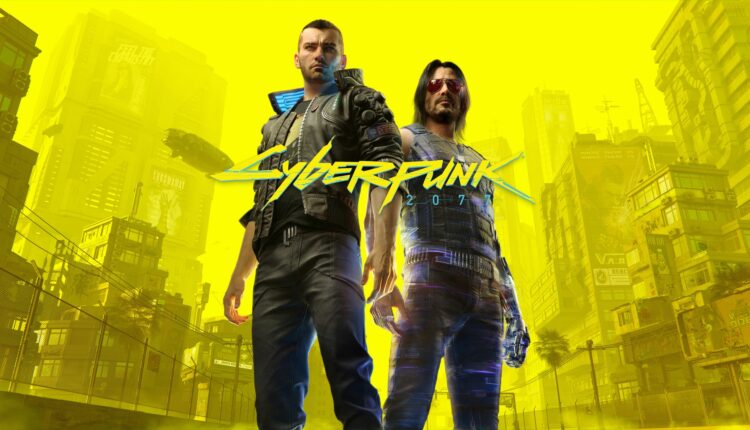 The Thursday Inbox hopes Pokémon Legends: Arceus is as good as Monster Hunter Rise, as one reader calls for a Rolling Thunder reboot.

To join in with the discussions yourself email [email protected]

The death of cyberpunk
I’d almost forgotten about Cyberpunk 2077 until the news about the new patch and free DLC. Like many, I cancelled my pre-order last year, with the mental note that maybe I’d buy it later when it’s fixed (and it’s cheaper). It’s certainly cheaper now but given how many fixes are in the latest patch I find it hard to believe that’s really it.

Can anyone say how the game runs now on a normal PlayStation 4, with the new patch? Given it can be had for £20 or so on eBay now I think I’ll probably give it a chance anyway, but I’m just as worried about wasting my time as I am my money.

It’s funny how other companies obviously thought cyberpunk was going to become a big thing but then CD Projekt messed everything up. I don’t think the genre is going to get a second chance though, especially with things like Blade Runner 2049 being a flop too. It’s a shame, but that’s the danger of hype. Drumming up interest in something isn’t too hard if you’ve got the money but you’ve got to follow through and make it a good product too. I’m curious how close Cyberpunk 2077 gets to that.
Focus

The other side
I heard the new Call Of Duty is possibly going to be set on the Eastern Front? I think it would be really interesting if they made a campaign where you alternated between the Axis and Allied Powers. The fall of Berlin would make an excellent setting for the end of the game. SS soldiers from countries all over Europe fighting to the death as it’s their only option, while the Red Army go door to door wreaking vengeance on the German people.

I once read a book called The Last Panther. It is supposedly a true account of some German tank crews deciding they need to escape encirclement by the Soviets by driving and fighting for hundreds of miles to get to the American lines to surrender. I thought then it would be an amazing setting for a game.
Yes, it’s problematic playing as the Nazis. But let’s face it, they were horrible, but so were the Russians, and we’ve had plenty of games where you play as them.

Heck, I’d even like to play a game where you play as the Taliban or something. Just something different for a change.
Chris Hard

GC: Being different doesn’t make it a good idea. The closest you’ll probably get is the Battlefield 5 story mission The Last Tiger.

Monster Catcher Rise
Pokémon Legends: Arceus was looking a bit better in the Pokémon Presents but I’m still not convinced it’s going to be as good as Monster Hunter or Zelda. It should be the easiest thing to just swap killing monsters to capturing them but I have zero faith that Game Freak have it in them to make something as good as Monster Hunter Rise, certainly not something that pushes the Switch as much.

Having turn-based combat seems a bit awkward too. It works in Dragon Quest but that has the combat on a separate screen, essentially, and it seems like Pokémon is all out in the open world. We’ll see if it works or not but I’ll say this, if Game Freak manage to pull this off they will have turned a major corner and I’ll have a lot more confidence in the next mainline sequels. Confidence which, after Sword and Shield, is currently rock bottom.
Gosling

Destined for trouble
Just wanted to know if anyone on here can offer some advice…?

Last few days Destiny 2 has been crashing constantly on my Xbox Series X. Started with a controller disconnect and then the game freezing (which required a power down cycle for the console to come back from) and now has skipped that to go straight to a ‘green screen of death’ which again needs a power down cycle to get the Xbox back up and running.

I tried an uninstall and reinstall (many hours wasted on that) as someone had recommended this as a solutions… but no dice.

No help that I could see on the Bungie forums… but a few other people reporting this or very similar issues (doesn’t seem to be a way to contact Bungie support other than their forums).

Anyway, any suggestions would be really appreciated.
WoDMaN

GC: That is odd. We’d say it sounded more like the console being on the way out but if others are reporting the same thing it’ll probably need a patch to fix. Have you tried the Bungie Help Twitter account?

Namco Rollback
Namco’s Rolling Thunder series was quite a popular run ‘n’ gun shooter series and it was received very well in North America and the UK. I was wondering if anyone would welcome Namco to do a reboot with the help of an indie developer team.

Rolling Thunder 2 was a Sega Mega Drive title but the first title appeared in the arcades. It would be great to see a new Rolling Thunder produced by Namco, as many popular game series have seen a reboot lately. Personally, I would not say no to seeing Rolling Thunder making a return on PlayStation 5, Xbox Series X, and PC.

Admittedly my favourite was Rolling Thunder 2, which always fun to play and had a great soundtrack.
gaz be rotten (gamertag)

GC: We’d be happy to see it return. Although a new Shinobi, which was very similar in gameplay terms, would be even better – and is probably more likely.

Inspired Us
Pretty disgusting attitude by Epic Games to Among Us. Just copying a famous game might not be uncommon but the stuff with the map shows they put the absolute minimum effort into the whole thing. Coming from the company that had the ridiculous anti-Apple hate campaign this shows they’re no better, and actually probably worse in this specific instance.

If they actually were talking to Innersloth why not make a deal? It’s not like the two games are competitors, not considering they had a whole promotion for Borderlands, which actually is a similar kind of game. Did they just think Innersloth were a smaller company so they could do what they wanted to them?

Now I think of it wasn’t there a rip-off of Crazy Taxi as well? Battle royale might be too wide and idea to copyright, or whatever, and whatever kind of game you call Among Us, since it’s basically Mafia, but Crazy Taxi was a very specific idea that they just reused without any nod to Sega.

To be honest the Steam Deck annoyed me too, not so much that it was so obviously a rip-off of the Switch but the way Valve talked about it as if it was some amazing new idea, while low-key talking down to Nintendo and their achievements. Get your own damn idea!
Cranborne

Student services
I’ve no intention of buying the Zool remaster but I’d like to give a nod to Sumo for organising their student scheme. I don’t know if that sort of thing is common but I’ve never seen it credited as the developer of an actual game. I’m sure that must’ve been a great start for their careers and it is funny thinking of them trying to turn this rubbish old Amiga game into something worthwhile.

I did have the game back in the day but I knew it was no good even then. A classic case of graphics and advertising but game bad. You don’t really get that nowadays with games (happens a lot with movies though) but back then spending full price was a lot bigger risk.
Syndo

Games on film
Nice to see how much James Gunn is a gamer, that his work on Lollipop Chainsaw, which I assume was one of the low points of his career in terms of pay, was something he still thinks about and appreciates. I haven’t seen The Suicide Squad, and probably won’t unless it turns up free somewhere, but I can see the bit he means in the trailer.

It got me thinking as to what the best movie is that’s based around the concepts of games but isn’t actually based one specific one. The obvious example is Free Guy, which I have recently seen. I didn’t like it that much, but then I’m not a big fan of Ryan Reynolds and didn’t really expect to. It did obviously understand games though and I appreciated that it was very different from the portrayal of games you would’ve seen 20 or even just 10 years ago.

The best though I would say is Edge Of Tomorrow/Live Die Repeat which apart from being a really good action movie really embraces the logic of trial and error gaming, where you constantly die, learn a bit more, then die again. A few films use that concept, like Boss Level, and it’s interesting that it’s a very old school way of playing games that you don’t really find in any modern title except for maybe Dark Souls.

Being a better movie is all that matters, and that’s why I think Edge Of Tomorrow is the best, but I’d take any of the ones I’ve mentioned over any actual straight adaptation.
Grunner

Inbox also-rans
Void Bastards and Yooka-Layee are free on the Epic Games Store from today at 4pm. Yooka-Laylee is also free on Xbox with Games with Gold currently.
Andrew J.

Can’t argue with the list of best Call Of Duty games yesterday. I’d say it was Modern Warfare 2 but I’m not going to argue with anyone that says Black Ops 2.
Campbell

This week’s Hot Topic
The subject for this weekend’s Inbox was suggested by reader Paulie, who asks what are your favourite video game enemies?

From big bosses to simple cannon fodder, which bad guys do you enjoy fighting the most and why? Is it because of the gameplay, their back story, or maybe their design? Or is it perhaps because their artificial intelligence offers a good challenge?

Where you do you draw the line between an enemy that’s challenging and one that’s just frustrating and can ones that are easy to defeat still be fun?