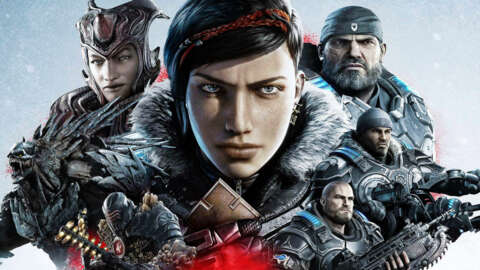 Gears 5’s latest update is out, and it adds in a number of usability, accessibility, and multiplayer changes. In addition to now allowing players to disable camera shake and turn on more clear path signaling, the update also overhauls the way that competitive leaderboards work.

In Gears 5’s Operation 7 patch notes for this week, developer The Coalition revealed that it’s adding a number of welcome accessibility options. These include allowing players to turn off the shaky camera effect and turn on the Target Lock feature on difficulties up to Advanced. In addition, the studio’s added a brand-new feature that it calls Navigation Ping – Escape Mode. This essentially adds additional options for adding UI elements to reveal the main path through the game.

For example, you can turn on “Full Path Always” which will add a permanent ping to direct you to the right path; or you can enable “Doorways Always” which constantly pings main exits to each area of the map. If that’s too much, there are variations on those two options where they’re only enabled when Taccom is active.

Another significant change added in this update is a complete overhaul of multiplayer ranking. The previous Ranked mode has been replaced by Competitive mode, which no longer uses ranked tiers. Rather, the leaderboard system is now based on points, with everyone starting from scratch this week. Extra points are awarded for the following situations:

Many more changes are implemented in this update, including tweaks to Horde mode, weapons, and the economy. You can see the full Gears 5 Operation 7 patch notes below. In other Gears 5 news, Operation 7 also added new characters and forced cross-play to be enabled across console and PC players.

Note: Get the full rundown on PvP updates for Operation 7–Drop 1.