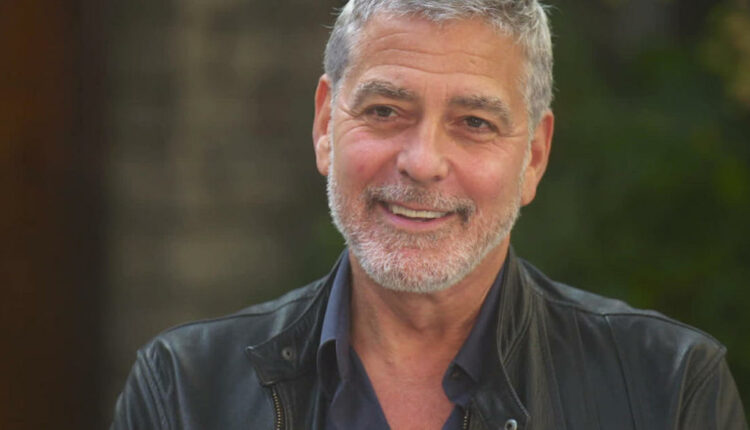 An earlier version of this story was broadcast on “Sunday Morning” November 29, 2020.

Last November, actor-director George Clooney welcomed correspondent Tracy Smith to his home in Los Angeles, where he’s spent the bulk of the pandemic with his wife, human rights lawyer Amal Clooney, and their two kids.

“Are you enjoying being home all the time now?” Smith asked.

“Well, look: no, of course not,” he replied. “It’s been a while since I did, you know, 15 loads of laundry in a day and mopped floors and, you know, all these doors over here I stained! You know, I always say I felt like my mother in 1964, ’cause she had two kids and no help. And I don’t know how she did it now. I have more sympathy for her now than ever.”

Does he cook? “Uh-huh, yeah,” he replied. “My wife is Lebanese, and I’m telling you, she can do anything. She’s amazing. She accomplishes things that I’m in awe of. … If she walks near a pan in a kitchen, the whole place would fall apart, literally, and I’m not kidding. She tried to hard boil an egg once by putting an egg in a pan on the stove without any water in it, yeah.”

“Yeah. My wife makes reservations for dinner. Her mother doesn’t cook, her sister doesn’t cook. So, I do a lot of the cooking in the family.”

“So, it has nothing to do with quarantine?”

“Nah. Look, my hair’s, like really like straw, you know? And it’s so easy to cut. You can’t really make too many mistakes. So, years ago I bought a thing called a Flowbee, which when we were kids – ”

“You did not!” said Smith. “The infomercial?”

“Yeah. It comes with a vacuum cleaner and the clippers? Yeah. I still have it. … Listen, man, it works!” he smiled. “Now, I wouldn’t do it to my wife! But I have sewed up buttons on her dress before.”

“I’m scrappy! I can fix things, because I grew up being scrappy. You had to.”

“You have a little MacGyver-y kind of thing going on?”

“A little bit, yeah,” he said. “I can make things work when they don’t work, but only for long enough to get through the day.”

It seems George Clooney can make a lot of things work. He’s made more than four dozen films, and picked up two Oscars along the way – for acting (“Syriana”) and producing (Best Picture-winner “Argo”). A real-life good-guy who’s had great success, more often than not, playing the bad guy.

Clooney said, “You know, it’s a funny thing. I didn’t get it, but I realized not that long ago that I’ve played, like, you know, a crook more than anything. I mean, ‘Michael Clayton,’ I’m a rotten, crooked lawyer. And, you know, I’ve played mostly crooks, you know? Which [is] kind of surprising to me. I didn’t think of it that – I always thought of them as lovable.”

“But usually there’s something a little, you know, you’re right. It’s true.”

“What does that say about you?”

“I got problems!” he laughed.

He first came to fame as a doctor in the NBC series “ER,” but he was hardly an overnight success. He’d struggled in Hollywood for years after moving out from his Kentucky home with little more than the shirt on his back. “It was 1982 when I wanted to move out to L.A.,” he said. “I had a beat-up ’76 Monte Carlo, rust all over it. I would fill it with oil and check the gas, and I drove it out here in three days. I didn’t turn it off, ’cause I was afraid I couldn’t turn it back on. And I got here, it broke down, and I got a bicycle, and I rode to auditions all around town for a year-and-a-half.”

He also did construction work with friends, and slept in a “closet” of a buddy’s apartment. “Listen, 22 years old, 21 years old, doesn’t bother you at all, it really doesn’t,” he said. “You needed to have five bucks a day to live on.”

Now 60, and a millionaire many times over, he keeps busy with the Clooney Foundation for Justice that grew out of his work in places like South Sudan. But he’ll be the first to say that having a family is his biggest challenge to date, and – no surprise – his greatest reward.

Smith asked, “In your own life, does having someone to care for changed things?”

“And then we had these two knuckleheads, and it is very fulfilling, and it’s something I wasn’t at all – didn’t see coming. So, you know, we never talked about marriage when we were dating. And I asked her outta the blue. Took her a long time to say yes. I was on my knee for like 20 minutes. I finally said, ‘Look, I’m gonna throw my hip out.’ We told that story to her parents, and they’re like, ‘There’s something wrong with his hip?’

“And we never talked about having kids. And then one day we just said, ‘What do you think?’ And, you know, then we go to the doctor and, you know, you do the ultrasound and like, ‘Hey, you got a baby boy.’ I said, ‘Baby boy, fantastic!’ Then they go, ‘And you got another one there.’ And I was like … I was up for one, you know? ‘Cause, again, I’m old. All of a sudden it’s, like, two? And I literally – you know, it’s hard to get me to not talk. And I just stood there for like ten minutes, just staring at this piece of paper going … two … silently. But I’m so glad they have each other, you know?”

“It is a wonderful thing, right?” said Smith.

When he’s not making movies, like last year’s sci-fi thriller “The Midnight Sky,” he says he spends a third of his time with his foundation, but quietly. For a guy who’s now made a couple of space movies, George Clooney is remarkably down to Earth.

Smith asked, “So, I’m curious, just watching you, you’re very self-deprecating. And I’m wondering if that’s something that is in your nature, or do you work on that?”

“I think it’s in my nature,” Clooney said. “I think, you know, a lot of times the secret is, you take the gun outta their hands before they can shoot you.

“I think that’s a healthy way of looking at the world. There’s a line in a movie called ‘Out of the Past.’ Robert Mitchum says, ‘I never learned anything from hearing myself talk.’ It’s kind of a good measure to go by.”

Flying dogs to their forever homes

What do you want to see in Google’s rumoured foldable?