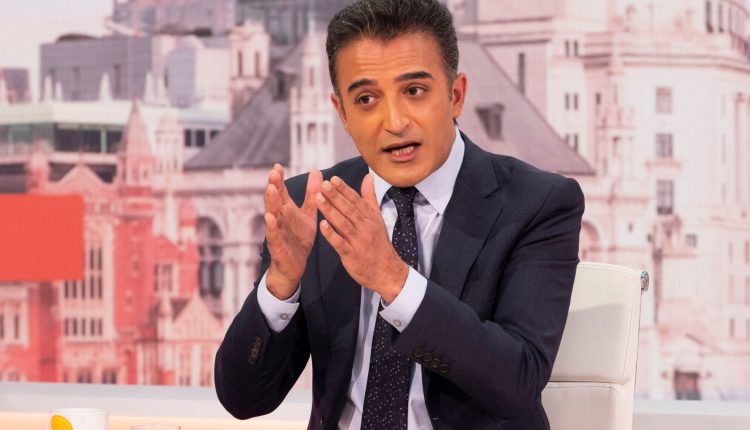 Good Morning Britain did not touch on Piers Morgan’s US interview with Fox News, his first since leaving the ITV programme, on Monday morning.

Piers sat down with Tucker Carlson for the segment to talk about his dramatic exit from Good Morning Britain in the wake of Meghan Markle and Prince Harry’s bombshell interview with Oprah Winfrey.

After giving his take on the Duchess’ claims about her mental health he attracted 41,000 Ofcom complaints, and on March 8 ITV announced Piers had decided to leave the show.

He told Fox that he found the former Suits star’s claims ‘impossible to believe’, saying: ‘I don’t understand why I should have to believe people who are not telling the truth.’

The broadcaster also accused weather presenter Alex Beresford of a ‘premeditated attack’, referring to their on-air row which prompted him to storm off set.

‘He sent me a private message in which he expressed some concern about what he felt I wasn’t really understanding about where Meghan Markle was coming from as a biracial woman,’ Piers said of Alex. 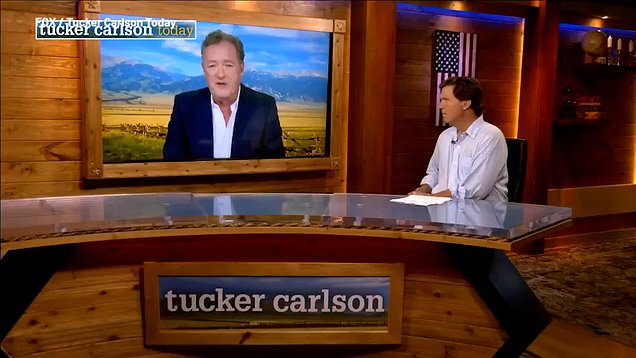 ‘He is himself a biracial man so he wanted to explain so I said come on air, let’s have the conversation. But the moment he came on air, he came with a pretty premeditated attack on me on a pretty personal level and frankly I just wasn’t going to have it.’

Piers added: ‘I walked off … I was quite angry in the moment, he claimed that I have a personal vendetta against Meghan Markle, which I don’t.’

However it was business as usual for hosts Adil Ray – who is standing in for Piers for the rest of April – and Kate Garraway on the latest episode of Good Morning Britain as they did not discuss his TV appearance.

Among their guests on Monday’s instalment were former First Minister of Scotland Alex Salmond, who spoke about the launch of his new pro-independence party Alba in a heated interview.

They were also joined by explorer Bear Grylls who had a surprise message of support for Kate during her husband’s health battle after contracting Covid-19.

Good Morning Britain airs weekdays from 6am on ITV.


MORE : Bear Grylls tells Kate Garraway ‘the storm will pass’ as he sends support to her family amid her husband’s Covid-19 battle