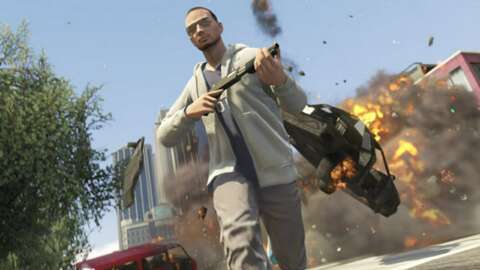 GTA 6 probably isn’t going to release this year if Take-Two’s statements during a recent shareholder meeting mean what they appear to mean. Take-Two stated that it plans to release 21 games between now and the end of the fiscal year in March 22, which certainly sounds like a lot, but there are some clues that indicate Grand Theft Auto 6 isn’t among them.

Once you dig into the details, based on what we know about Take-Two’s plans, chances of GTA 6 coming this year are very slim. Take-Two stated in the earnings release that only four of those games are “immersive core” releases, which is the category that GTA 6 would certainly belong to. Only two of those games will fall into existing franchises, and we already know that WWE 2K22 and the new NBA 2K are virtually guaranteed to release this year, leaving no room in the cards for GTA 6. Additionally, if a high-profile game like GTA 6 were coming this fiscal year, you would expect Take-Two to reflect that more clearly in its fiscal forecast.

All is not lost, however. Take-Two further stated in the meeting that 19 more “immersive core releases” will follow in fiscal years 2023 and 2024, with seven of those being sports sim games and four of them being free-to-play. That means that GTA 6 could easily fit into those remaining slots, though we still don’t know enough about the game’s development to draw any firm conclusions.

Along with this GTA 6 non-news, Take-Two announced new GTA and Red Dead Online updates coming this summer, as well as revealing that the PS5 and Xbox Series X|S versions of GTA 5 will release on November 11, along with the standalone edition of GTA Online for those consoles. Take-Two also clarified clarified that an announced NFL partnership game has been delayed to 2022, meaning that there are two new games coming from the publisher that we don’t know anything about. However, we do know one of them is being developed by Gearbox, the developer behind Borderlands.