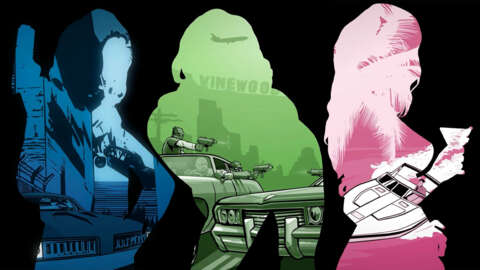 In today’s GameSpot News, DeVante talks about the GTA Trilogy being officially confirmed, no rewards or achievements for solo campaigns in Back 4 Blood, and Assassin’s Creed producer Jade Raymond teasing a new game.

Following weeks of rumor and speculation, Rockstar Games has officially announced a new Grand Theft Auto remaster package featuring GTA III, GTA: Vice City, and GTA: San Andreas. The GTA Trilogy: The Definitive Edition comes with updated and improved versions of those three games. The bundle will be available on PS4, PS5, Xbox One, Xbox Series X|S, Nintendo Switch, and on PC through the Rockstar Games Launcher later this year.

Back 4 Blood is a social game, and developer Turtle Rock Studios doesn’t want players to forget that. While playing through a campaign match with others will let players earn supply points, which can be used to purchase cards and cosmetics, the game’s solo mode totally cuts players off from all rewards. One upside of Solo Campaign is that players get to use any solo card decks they make, which have access to a wide variety of cards compared to regular campaign decks.

Assassin’s Creed producer Jade Raymond has teased the first game from her new studio, Haven, which has aligned itself exclusively with PlayStation. Haven’s first game is a new IP that will seem to have an emphasis on social elements, self-expression, and remix concepts. Raymond said Haven’s first game is going to be “really ambitious” and showcase what the PS5 is capable of and that the game’s file size might be massive.

GS News Updates are here to keep you up to date with the very latest and greatest in gaming news.