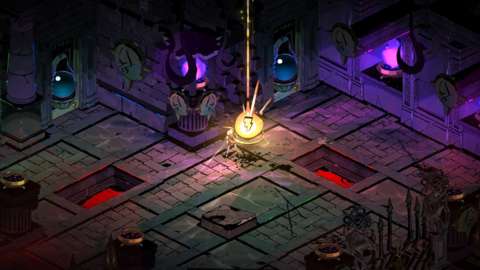 Hades Dev Shows How Much Work Goes Into Its Gorgeous Visuals

Since Hades had its full release in September, after almost two years in early access, players have been appreciating the insane level of detail in Supergiant’s latest game. Now, the studio have shared a look at some of the work behind those details in a VFX video posted to Twitter.

Each Olympian in #HadesGame can imbue your weapons with unique powers, such as Zeus’ thunder or Poseidon’s waves. Have a look at just how much goes into each such effect by our resident visual FX and UI artist, @kirbyLFO. pic.twitter.com/zVnBSPVGl1

The video shows the minute level of detail that goes into these effects, which you might not fully appreciate when they’re displayed during a split-second attack. Hades has also been praised for the attention to detail in its story, which is blended skillfully with the traditionally gameplay-heavy rouguelike genre.

If you’re interested in seeing more from the development of Hades, check out Noclip’s full documentary series Developing Hell, which chronicles the behind-the-scenes story of Hades in surprising detail.

GameSpot’s review of Hades praised the game’s story and how it uses the roguelike structure in service of the narrative, awarding it a 9/10. “Supergiant has managed to turn the roguelike, a genre not usually known for riveting plots, into a compelling vehicle for storytelling.”

Hades is available now on PC and Nintendo Switch.

Before plants or animals existed, this 250,000-ton rock fell in the mud. Here’s how we know