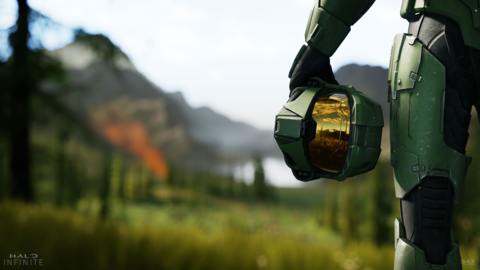 Halo Infinite is making some major changes to the series’ art direction, focusing on the simpler and iconic design of the original trilogy, but there is also a lot of work going into the game’s sound. The tricky balancing act of blending the old with the new was a challenge for 343 Industries, and the development team has offered some details on what you can expect.

In a new Ask343 development video, the audio design team spoke about the iconic elements it’s keeping from past games, including the classic charging sound of the Plasma Pistol. It will also feature the ramping-up music that makes every battle feel so climactic, building in an enormous crescendo as the action gets more intense. Tools, including ones 343 created in-house, are used to keep track of what both you and the enemies are doing at all times in order to have the music play differently.

This also includes examining player-intention. For example, if you are staying far away from some Elites as you snipe them, there won’t be the same music as if you went in with guns blazing.

And because music is a huge part of the Halo experience, the studio’s goal is for streamers and other video creators to be able to use all of it in their videos, rather than having to disable it to avoid takedowns.

Multiplayer got plenty of attention, as well, including how shots sound different from allies versus enemies. One fan also asked about the different multiplayer announcer voices available in Halo 5 and the Firefight mode from previous games.

The team wasn’t to talk specifics regarding customization on this front for Halo Infinite, but it sounds like there will be something for people who enjoyed that content. And most importantly, Jeff Steitzer will return as the multiplayer announcer, delivering his legendary “Double Kill!” lines. Steitzer has been with the franchise since the very beginning, acting as the announcer for every mainline game as well as Halo 3: ODST and Halo Wars 2.

Halo Infinite releases this fall for Xbox Series X|S, Xbox One, and PC. It was previously planned to release alongside the new console last November. We know the character Spartan Griffin will appear after previously appearing in a novel.

Street Fighter V’s Rose Will Pummel You With Tarot Magic