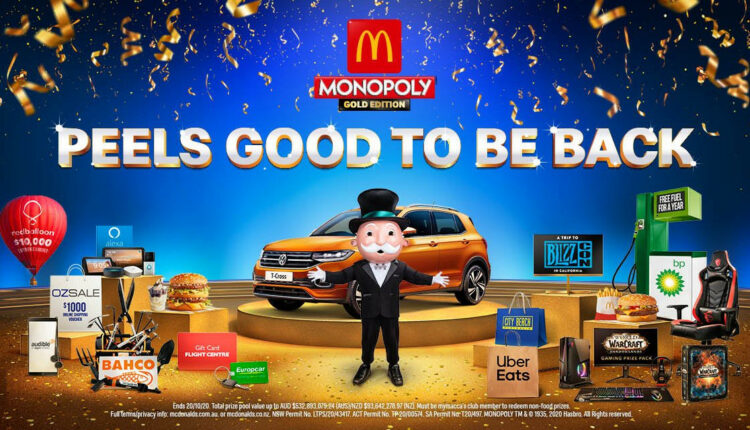 Has anyone in the UK ever won McDonald’s Monopoly?

As if we needed a reason to stop off for a Big Flavour Wrap or McChicken Sandwich meal.

Excluding 2020, each year there are a few weeks where Maccy D’s patrons can try to snap up prizes by collecting Monopoly-themed stickers, called game pieces.

Prizes range from the supremely delicious £100k to a much-needed holiday in Ibiza, new tech, vouchers to spend online and even free McDonald’s snacks, drinks and meals.

But unlike the National Lottery and other giveaways, we don’t often hear much from past prize winners.

So, have people actually won the top prizes on McDonald’s Monopoly in the past? Is it possible?

Here’s what we know.

Has anyone ever won McDonald’s Monopoly in the UK?

According to McDonald’s UK website, the answer is yes.

It states in response to the frequently asked question: ‘Over the years McDonald’s UK has given millions of prizes to millions of people as part of the Monopoly promotion.

‘These have included everything from McDonald’s food prizes and shopping vouchers, to wonderful weekend breaks and spanking new sets of headphones.

You can see the daily prize winners announced on the website, too.

We’ve yet to find a named-and-pictured person who has taken home the jackpot or one of the main prizes.

But we have seen several YouTubers spend hundreds in a quest to become exactly that.

We have yet to find out if someone’s won the big bucks, but the game did only start on August 25.

And it’s due to run until the beginning of October, so there’s still a way to go.


MORE : How do you play McDonald’s Monopoly and what are the 2021 prizes?


MORE : When does McDonald’s Monopoly end?