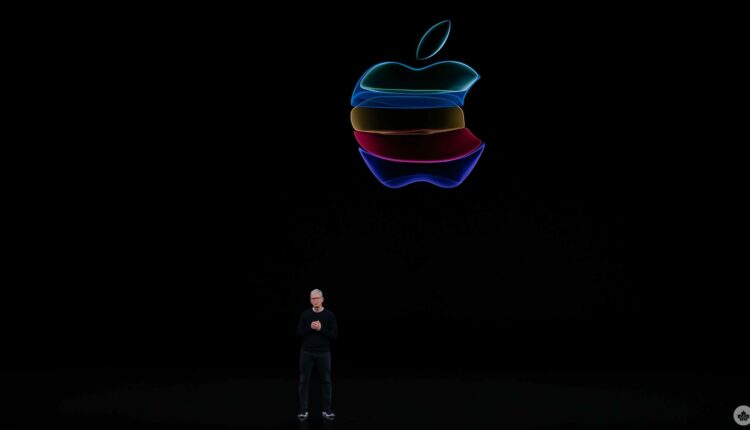 Like clockwork, Apple’s first of possibly many fall hardware events is just around the corner on September 14th at 1pm ET/10am PT.

The company’s invite that prominently features the words “California Streaming” doesn’t reveal much regarding what we’ll see during the presentation beyond possible news related to Apple TV+ and Apple Music, but that hasn’t stopped leakers from churning the rumour mill.

While we’ll almost certainly see a mildly upgraded successor to the iPhone 12 that likely won’t actually be called the iPhone 13, a 3rd-gen pair of AirPods, and the first full redesign to Apple’s smartwatch with the Apple Watch Series 7, there are still several questions.

Will Apple also drop its often-rumoured MacBook Pro redesign, a new iPad and a refreshed iPad mini at its September 14th event? My guess is the tech giant is saving those devices for reveals in October and November, but in the pandemic era of tech reveals, anything is possible.

Below is everything we expect to see at Apple’s upcoming fall hardware event: Apple’s next iPhone — commonly referred to by bloggers, YouTubers and journalists alike as the iPhone 13 — is one of the few devices we know for certain will appear at the tech giant’s event.

Regarding new features, several leakers, including analyst Ming-Chi Kuo, YouTuber Jon Prosser and Max Weinbach state that the iPhone 13 Pro and iPhone 13 Pro Max will feature an LTPO 120Hz display, a smaller notch and the same overall squared-off design as the iPhone 12 series. On the camera side, rumours point to improved ultra-wide camera performance across the entire lineup, a new portrait video mode and possibly even an astrophotography feature. There are also rumours surrounding the ability to make emergency calls via a satellite connection when you’re in an area with no cellular coverage. Not to be outdone by the iPhone 13 series, the Apple Watch Series 7 is rumoured to include the most significant redesign to the smartwatch in several years. Instead of the usual curved sides, the Series 7 will reportedly include squared-off edges, moving its look more in-line with the iPhone 12, iPad Pro and iPad Air.

Along with the expected additional Watch Faces, new 41mm and 45mm sizes, and reduced bezels, Bloomberg’s often-reliable Mark Gurman says that both display resolutions have increased by 16 percent to 396 x 484 and 368 x 448 pixels, respectively.

While there’s been speculation surrounding the Series 7 potentially being delayed due to manufacturing issues, recent reports indicate it’s still set to arrive towards the end of September. Given the last AirPods refresh was way back in 2019, it makes sense that Apple is finally planning to release a new pair of its popular wireless earbuds.

The new AirPods are expected to look more like the AirPods Pro and possibly include an in-ear design. There will also likely be other improvements like better audio quality and longer battery life, according to PineLeaks, a Twitter account run by Max Weinbach.

Though unlikely given this would make the 3rd-gen AirPods identical to the AirPods Pro, some rumours are hinting that this refresh will include noise-cancellation and Spatial Audio. We likely won’t see any of the above devices at this event, but anything could happen.

Apple’s new entry-level iPad will reportedly look nearly identical to its predecessor’s already outdated line, only slightly thinner. The only other rumoured upgrade for the iPad is a more powerful processor.

The refreshed 7.9-inch iPad Mini, on the other hand, will reportedly get the iPad Pro/iPad Air treatment and ditch the home button in favour of a fingerprint sensor on its side, along with reduced bezels and squared-off sides.

And finally, we have the MacBook Pro. While we likely won’t catch our first glimpse of the MacBook Pro’s fabled redesign until late October or November, rumours point to the new 14-inch and 16-inch version of the laptop featuring the first complete redesign since 2016.

The entry level iPad is showing “currently unavailable” and/or shipping delays into October. Apple tells retail employees not to speculate why to consumers. Any guesses why? JK. New ones are coming soon- thinner/faster etc. https://t.co/btCgvwDLbe pic.twitter.com/A1cpGHw1jo

According to Mark Gurman, rumoured features include the return of an HDMI port, MagSafe, and possibly even an SD card slot. Finally, the refreshed laptop will also reportedly include an upgraded version of Apple’s M1 chip possibly called the M1x.

Keep an eye on MobileSyrup on September 14th for all the news direct from Apple’s big event.

Mommy’s Boy! Everything Nicki Minaj Has Said About Parenthood, Her Son