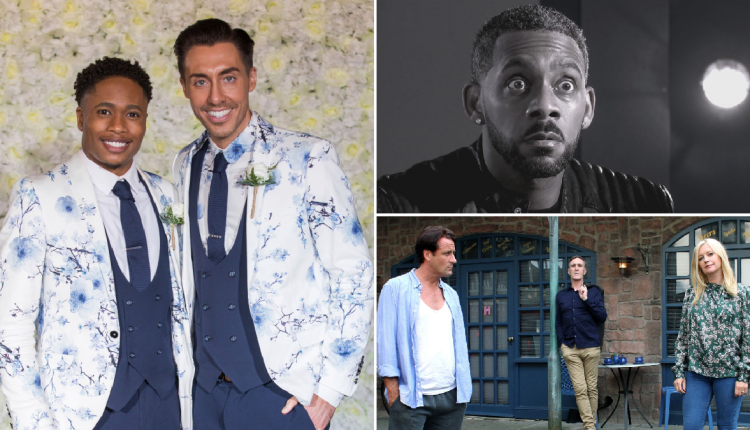 The moment Hollyoaks fans have been waiting for is almost upon us, as the serial drama returns to screens on Monday (September 7), and it does so with a bang!

The Channel 4 soap was forced to take a break back in July, after its pre-lockdown episodes completed airing, but its almost time for us to return to Chester, and the first instalment is one viewers certainly won’t forget, as its revealed that a horror crime has taken place.

With various residents questioned in the present day about the nature of this crime, viewers can see the events unfold for themselves via a series of flashbacks, which take us back to the day of Mitchell Deveraux (Imran Adams) and Scott Drinkwell’s (Ross Adams) wedding.

The question is: will Walter (Trevor A Toussaint) succeed in stopping the ceremony from taking place, like he intended to in the final previous episode?

What’s more, what happened on this particular day that has resulted in several interrogations?

Find out when Hollyoaks returns with a double-bill on Monday (on Channel 4 at 6:30pm, followed by the next episode on E4 at 7pm), but if you simply can’t wait until then, then check out our first-look gallery previewing all the drama to come!

Hollyoaks returns on September 7 at 6:30pm on Channel 4, followed by the return of first-look at 7pm on E4.

Auberlen drops out of Sebring 12 Hours