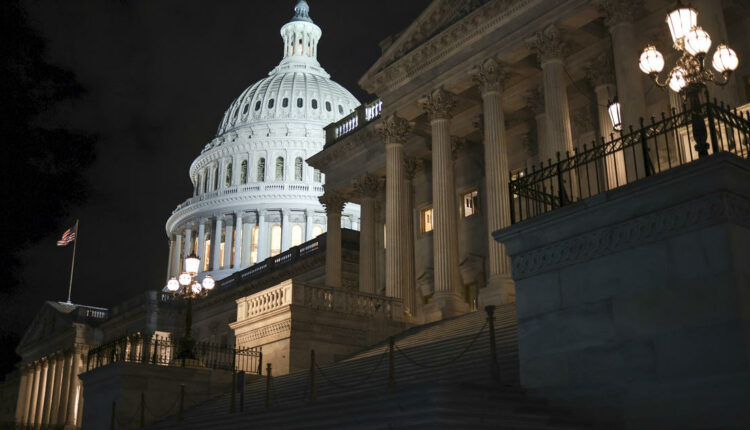 Washington — The House delayed its planned vote on a bipartisan infrastructure bill late Thursday night, while negotiations continued over another measure — a larger social safety net — but failed to result in an agreement.

As Speaker Nancy Pelosi left the Capitol in the early hours of Friday morning, she continued to say there would be a vote “today.” She also told reporters that progressives and moderates, who have been arguing about the cost of the social safety net spending, are “not trillions of dollars apart.”

The House had intended to take up the $1.2 trillion infrastructure measure Thursday, but a majority of progressives threatened to vote against the legislation without a deal on the larger $3.5 trillion package, and they may have enough votes in the narrowly divided House to tank the bill. The infrastructure bill, known as the Bipartisan Infrastructure Framework, would make the biggest investment in the nation’s roads, bridges, railways and ports in decades, and it also contains some funds for modern infrastructure, like electric vehicle charging stations and broadband.

The Build Back Better Act must have the support of every single Democrat in the evenly divided Senate in order to win passage. Currently, it does not. Democratic Senators Joe Manchin and Kyrsten Sinema object to its high price tag. They spent the evening meeting with top White House officials, but were unable to reach an agreement.

Earlier in the day, Manchin revealed that he would support up to $1.5 trillion in the larger bill, a figure that is much lower than the $3.5 trillion Democratic leaders and President Biden seek. At the end of the evening, Manchin said his position hasn’t changed.

It’s not a new number for Manchin — he gave the $1.5 trillion figure to Senate Majority Leader Chuck Schumer in a memo in a July, as first reported by Politico.

“The $1.5 (trillion) was always done from my heart, of basically what we could do and not jeopardize our economy,” Manchin told reporters at the Capitol on Thursday.

In his memo, Manchin included suggestions on spending and revenue that he could support, including raising the corporate tax rate from 21% to 25%, which is lower than the 26.5% in the Build Back Better Act. His pitch for the individual income tax rate for the highest earners matches that of the more expensive proposal: 39.6%.

Manchin also told reporters Thursday that means testing and work requirements must be added to any new spending programs. The West Virginia senator pushed back on climate change provisions that he fears could hurt his constituents, many of whom rely on fossil fuels for their livelihood. If the bill offers and extends tax credits for solar and wind energy, it must do so without repealing fossil fuel credits, Manchin wrote to Schumer.

The social spending plan, a key piece of Mr. Biden’s legislative agenda, relies on a budgetary process known as reconciliation. That means that 50 votes — plus the vice president’s tie-breaking vote — will get the bill passed, rather than the 60 usually required in the Senate.

John LaBombard, Sinema’s spokesperson, said in a statement that Sinema informed Mr. Biden and Schumer of her priorities and concerns, including a dollar amount, in August.

“Like our bipartisan infrastructure bill, the proposed budget reconciliation package reflects a proposal of President Biden’s — and President Biden and his team, along with Senator Schumer and his team, are fully aware of Senator Sinema’s priorities, concerns, and ideas,” LaBombard said in a statement. He added that is still engaged in discussions with Schumer and Mr. Biden “to find common ground.”

Manchin, who called for a “strategic pause” on the massive social spending proposal this summer, reiterated Thursday that he still thinks that’s the best approach, and he suggested it’s unlikely that he’ll come around to the progressives’ perspective.

“I’ve never been a liberal in any way, shape or form,” Manchin said. “There’s no one that’s ever thought I was. I’ve been governor, I’ve been secretary of state, I’ve been in the state legislature, I’ve been a U.S. senator, and I have voted pretty consistently all my whole life. I don’t fault any of them who believe that they’re much more progressive and much more liberal. God bless them. And all they need to do is we have to elect more, I guess for them to get theirs, elect more liberals. But I’m not asking them to change, I’m willing to come from zero to $1.5 [trillion].”

Kathryn Watson is a politics reporter for CBS News Digital based in Washington, D.C.

These will be the hottest toys of the 2021 holiday season, according to Amazon